Wages for Americans Continue to Decline in November

The real wages of American workers continued to decline in November as a result of record high inflation, according to data from the Department of Labor.

The department found that “real average hourly earnings” decreased 0.4% from October 2021 to November 2021 as inflation surged 0.8% in November — more than the pace economists expected.

The news comes weeks after the release of November’s jobs report showed numbers that were far worse than economists had predicted. As CNBC reported, “Nonfarm payrolls increased by just 210,000 for the month. … Dow Jones estimate was for 573,000 new jobs.”

According to warnings from Treasury Secretary Janet Yellen earlier this year, Biden’s inflation crisis is expected to continue through next year.

“On a twelve-month basis, the inflation rate will remain high into next year because of what’s already happened,” Yellen said. “But I expect improvement by the end of — by the middle to end of next year, second half of next year. We are going through a period of inflation that’s higher than Americans have seen in a long time.” 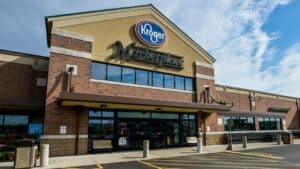 Kroger to Penalize Employees Who Are Not Vaccinated

One response to “Wages for Americans Continue to Decline in November”