The US Department of Veterans Affairs has ended its use of painful experiments on dogs, thanks to a campaign by the taxpayer watchdog White Coat Waste Project.

The organization began its campaign to stop the practice in 2016.

White Coat Waste focused on the Department of Veterans Affairs as they were responsible for the most painful dog tests in the entire federal government.

According to a post on their website, “WCW shut down the VA’s wasteful spending to inject latex into puppies’ arteries, drill holes into beagles’ skulls, collapse the lungs of ‘friendly’ dogs, cut out living dogs’ hearts, inject Dobermans with methamphetamines, and force hounds to run on treadmills in heart attack tests.”

On November 2, the organization announced that they had obtained documents verifying that the last facility left, Richmond’s Hunter Holmes McGuire VA Medical Center, had ended their canine program.

“We’re thrilled that our historic campaign has ended the VA’s last active painful dog labs in Richmond — and has ended wasteful VA dog testing as we knew it,” Anthony Bellotti, founder and president at White Coat Waste Project, told Timcast in a statement. “When we launched our very first investigation in 2016, the VA ran the most painful dog experiments in the entire federal government. Over 200 dogs and puppies were abused and killed each year in VA labs across the country. WCW shut down the VA’s wasteful spending to inject latex into puppies’ arteries, drill holes into beagles’ skulls, collapse the lungs of “friendly” dogs, cut out living dogs’ hearts, inject Dobermans with methamphetamines, and force hounds to run on treadmills in heart attack tests.”

“We’re proud to be the only organization in nearly two decades to shut down government dog labs, and now we are the only group to have shuttered dog experiments across an entire federal agency,” Bellotti added. “Taxpayers shouldn’t be forced to bankroll beagle abuse by bureaucrats in white lab coats. Today’s news confirms the solution: Stop the money. Stop the madness!”

Democrat U.S. Congresswoman Dina Titus told Timcast that she is proud to have worked with the organization to stop the testing.

“As a pet owner and member of the Congressional Animal Protection Caucus, I have prioritized animal welfare and fought to end cruel and outdated dog experiments at the Department of Veterans Affairs,” the congresswoman said. “There are many alternatives to animal testing that are both humane and yield better results so that we can save dogs, puppies, and taxpayer money. I applaud the VA for moving away from dog testing and will work to ensure other agencies follow their lead.”

WCW is not just protecting dogs, their work has also led to the abuse of primates by the Food and Drug Administration dropping by a massive 44 percent.

As Timcast previously reported, though animal testing, specifically on primates, is up — not a single federal primate lab was closed by an establishment animal rights group during either the Trump or Biden administrations. White Coat Waste, which focuses on taxpayer spending, closed down three. 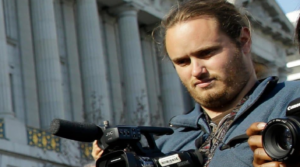