David DePape pleaded not guilty to 10 charges brought by the state of California after he allegedly attacked Paul Pelosi in his home.

In 2008, DePape entered the United States as a temporary visitor after crossing the southern border at the San Ysidro port of entry, according to DHS.

An unnamed family member told The Los Angeles Times that DePape grew up in British Colombia and moved to California two decades ago. Canadians who enter the US – whether for business or personal reasons – are typically not required to have a visa and are permitted to stay for up to six months.

DePape allegedly broke into the Pelosis’ San Francisco home around 2 A.M. on Oct. 28 when Paul Pelosi was alone in the house. Police have not confirmed if the Pelosis’ alarm was activated at the time. Mr. Pelosi was able to contact emergency service, who dispatched law enforcement to the house when the phone line was left open.

The two men were struggling over a hammer when the police arrive at the scene, at which point DePape reportedly gained control of the weapon and attacked Pelosi in front of law enforcement.

DePape reportedly told medics at the scene, “I’m sick of the insane f—ing level of lies coming out of Washington, D.C.”

“California, home to millions of immigrants, is a sanctuary state and has passed laws limiting state and local law enforcement’s cooperation with immigration officials, which has frustrated immigration officials seeking to deport immigrants arrested for crimes,” reports The Washington Post. “California has exceptions for people with serious criminal histories and it remains unclear how DePape’s case will unfold.”

The Speaker of the House has said she and her family are “heartbroken and traumatized” by the attack on her husband.

“We are grateful for the quick response of law enforcement and emergency services, and for the life-saving medical care he is receiving,” she wrote in a message to the members of the House of Representatives. “Please know that the outpouring of prayers and warm wishes from so many in the Congress is a comfort to our family and is helping Paul make progress with his recovery. His condition continues to improve.”

Charges against DePape include; attempted homicide, first-degree burglary, violent felony enhancement, assault with a deadly weapon, aggravated battery with serious bodily injury, elder abuse, inflicting great bodily injury on an elderly person, dissuading a victim, threatening public official or family member, and damaging or preventing a communication for an emergency call. If convicted, he could be sentenced on all charges and face 13 years to life in prison.

He is being held without bail and will next appear in court on Nov. 4.

Illegal immigration at the US-Mexico border has climbed over the last decade. As of October 2022, approximately 2 million people have been encountered while attempting to illegally enter the United State from Mexico. For the last ten years, American immigration authorities typically encounter between 30,000 to 50,000 illegal immigrants each month. 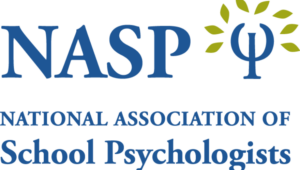