Banks' comment came after the Biden administration made Dr. Rachel Levine a four-star admiral in the US Public Health Service Commissioned Corps

Last week, Dr. Rachel Levine, the assistant secretary of health, was made a four-star admiral in the U.S. Public Health Service Commissioned Corps. Levine is transgender and was lauded by many media outlets as the first female to hold that ranking in the Commissioned Corps.

Responding to the U.S. surgeon general’s congratulations to Levine on her promotion, Banks wrote, “The title of first female four-star officer gets taken by a man.”

“The post was removed with a reference to Twitter rules that include a ban on ‘targeted misgendering’ of transgender people,” ABC News reports. “Banks’ official Twitter account remained online Sunday but he wasn’t allowed to add new posts. His personal account with fewer followers remained active.”

Twitter contends that, by calling Levine a man, Banks violated their “hateful conduct policy,” which prohibits the promotion of “violence against or directly attack or threaten other people on the basis of race, ethnicity, national origin, caste, sexual orientation, gender, gender identity, religious affiliation, age, disability, or serious disease.”

The policy bans the “targeted misgendering or deadnaming of transgender individuals.”

“My tweet was a statement of fact. Big Tech doesn’t have to agree with me, but they shouldn’t be able to cancel me. If they silence me, they will silence you. We can’t allow Big Tech to prevent us from telling the truth.”

I won’t back down.

I’ll be posting on my personal account for the time being.

Big Tech must be held accountable!

Ruben Gonzales, executive director of the LGBTQ Victory Institute, said in a statement that Banks’ tweets were “an insult to every little girl who dreams of an America where public servants will treat them with respect and judge them by their accomplishments.” 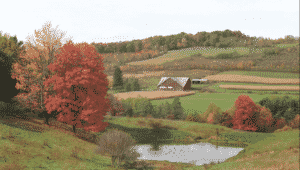