Allegany, Garrett and Washington Counties want to become a part of West Virginia

A group of lawmakers in Maryland has asked West Virginia if it would consider adding three counties to its state.

Officials representing Allegany, Garrett and Washington counties — all in the Westernmost part of Maryland — approached the neighboring state’s legislators, saying the union could be “mutually beneficial for both states and for our local constituencies.”

Western Maryland, which encompasses the more rural part of the state, tends to vote more conservatively than other areas of the state, including Baltimore and Annapolis.

During the 2020 presidential election, 59.3% of votes in Washington County went for President Donald Trump, 68.2% in Allegany County, 76.9% in Garret County. Every county in West Virginia went to Trump in 2020.

“This letter is generated as a result of various constituent requests over the years,” Washington County Delegate William Wivell’s office said in a press release.

“Though Maryland Gov. Larry Hogan is a member of the Republican Party, the state has voted blue in every presidential race since 1992,” reports Fox News. “President Biden won Maryland in a landslide with more than 65% of the state backing the longtime D.C. politician.”

INBOX: The officials who represent Maryland’s three westernmost counties in the General Assembly have asked if their counties can join West Virginia. pic.twitter.com/AaKei1u2Ay

Ann Ali, director of communications for Hanshaw, said, “The speaker has said this is an introductory step in what would be a somewhat lengthy process.”

“He also has said he would recognize any border counties that recognize West Virginia’s role in the growing part of our nation’s economy and that we have the greatest quality of life in the country,” she said, per CBS Baltimore.

Blair said in a statement to the news outlet that he would welcome the Maryland counties.

“This request is recognition of the work we have done to transform the state, and I welcome my friends and neighbors across the border in Maryland to join us as we keep moving forward,” he said. “With everything we offer, who wouldn’t want to live here?”

Although the Maryland county leaders have asked the West Virginia government to advise them on the next step in the secession process, some report the split is unlikely to happen.

Chair of the Political Science Department at West Virginia University, Dr. John Kilwein, said that while the counties are more similar to West Virginia than other areas of Maryland, it is unlikely the state will let them go.

“All states are historic but it’s a very historic state and so you’d be chopping off a bit of [Maryland] at the end and you know there’s just that sense of geographic pride,” said Dr. Kilwein to WDTV.

He also notes that, by absorbing the counties, West Virginia may be able to reclaim the congressional seat it lost due to the latest census.

“That’s probably why Annapolis would never agree to it because they’d probably lose a district,” Kilwein added.

At a groundbreaking at Baltimore’s Penn Station on Friday, Gov. Larry Hogan called the letters “a mistake” and “just a game for attention.”

“I understand the frustration of being in Western Maryland, sometimes feeling that you know, out of step, neglected or forgotten by an increasingly progressive legislature that doesn’t somehow relate to some of the folks out in rural areas. But I don’t think that’s the way to go about it,” said Hogan. “I think it was a publicity stunt that worked well because you guys are going to ask about it. But it’s not really going to happen.”

Governor Jim Justice said in a video on the same day that he would support the effort.

“Absolutely, without any question, the invitation is wide-open,” he said.

To move forward, the proposal needs the consent of the Maryland General Assembly, a formal agreement between Maryland and West Virginia, and the approval of the U.S. Congress.

According to The Hill, “Congress has only granted approval to change state boundaries on three occasions: In 1792, when Kentucky was carved out of what was then Virginia; in 1820, when it cleaved what became Maine off of Massachusetts; and in 1863, when it admitted counties that had once been a part of Virginia into the Union as West Virginia.”

In more recent years, similar efforts have been made in rural parts of Oregon and Washington. 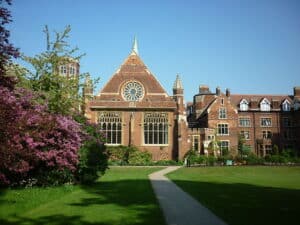