The U.S. assistant secretary for health Rachel Levine is the highest-ranking transgendered person in the uniform services after being sworn in as a four-star admiral.

The Biden administration announced on Oct. 19 that Levine would be sworn in as the  U.S. Public Health Service Commissioned Corps on the same day. Levine will have command of a “6,000-person force that responds to health crises on behalf of the federal government, including administering coronavirus vaccines and delivering care after hurricanes,” reports Greenwich Times.

The Biden administration announces that Rachel Levine, a biological man, is now the “first-ever female four-star admiral” in the public health corps pic.twitter.com/1JIa5Eh0vZ

“This is a momentous occasion, and I am honored to take this role for the impact I can make and for the historic nature of what it symbolizes,” Levine said in a speech at her swearing-in ceremony. “I stand on the shoulders of those LGBTQ+ individuals who came before me, both those known and unknown. May this appointment today be the first of many more to come, as we create a diverse and more inclusive future.”

I am deeply honored & grateful to join the ranks of men & women across this great nation who have committed to defend the United States against small & large threats, known and unknown. I promise to uphold that trust to the fullest extent of my abilities. https://t.co/ryfwRqbAoz

“Admiral Levine’s historic appointment as the first openly transgender four-star officer is a giant step forward towards equality as a nation,” Health and Human Services Secretary Xavier Becerra said in a statement.

The 50-year-old pediatrician previously served as Pennsylvania’s health secretary after being appointed by Democratic Gov. Tom Wolf in 2017. Levine studied at Harvard University and Tulane Medical School and works as a professor in pediatrics at Penn State College of Medicine.

Levine has no military training or experience, but is the child of an Air Force veteran during World War II.

The doctor was narrowly confirmed as a senior health official in a vote of 52-48 in March after being appointed by President Joe Biden.

“Some Republicans raised concerns about Levine’s handling of the coronavirus response in Pennsylvania, including nursing home deaths, and cast doubt on whether she deserves a promotion,” per Fox News.

Additionally, during the hearings, Sen. Rand Paul (R-KY) asked Levine to address the “genital mutilation” of minors who could be “confused” about gender identity and seek to take hormones or want surgery to alter their body.

“Transgender medicine is a very complex and nuanced field with robust research and standards of care that have been developed,” Levine said, without giving a specific stance on the issue.

Born male, Levine has two children and transitioned in 2011. 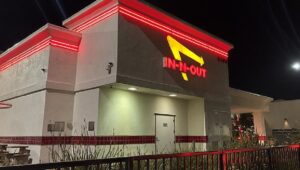