Trump Says Being Indicted Would Not Stop Him From Running Again

Former President Donald Trump told a conservative radio host that while he “can’t imagine being indicted,” it would not stop him from running in 2024 if he was.

Trump made the comments during an interview with Hugh Hewitt on Thursday.

“I can’t imagine being indicted, I have done nothing wrong,” Trump said. “I think you’d have problems in this country the likes of which you have ever seen before.”

Trump said that there is “no prohibition” against running while indicted.

“I don’t think the people of the United States would stand for it,” Trump continued. “And as you know, if a thing like that happened, I would have no prohibition against running. You know that.”

There is no law against someone indicted, or even someone in prison, running for office.

Trump’s residence at his Mar-a-Lago resort in Florida was raided by the FBI last month looking for classified documents taken from the White House when he left. The former president has maintained that all of the documents in his possession were declassified prior to him leaving office.

“There is no reason that they can [indict], other than if they’re just sick and deranged, which is always possible, because I did absolutely … nothing wrong,” Trump continued.

Trump repeatedly said that there would be “problems” if he is indicted, as his supporters would never accept it happening.

Hewitt asked what the “problems” were that he was referring to.

“Big problems. I just don’t think they will stand for it,” Trump said. “They will not sit still and stand for this ultimate of hoaxes.”

Hewitt asked for clarification and noted that the legacy media will inevitably say that he is “inciting violence.”

Trump did not provide specific examples but said that his statements are “not inciting, I’m just saying what my opinion is.”

The former president continued, “I don’t think the people of this country would stand for it.”

Trump has not yet formally announced a 2024 campaign, despite frequently alluding to his plan to run.

As Timcast previously reported, a poll released earlier this month found that a 61 percent majority of Republicans want Trump to run for re-election in 2024 — even if he is charged with a crime.

Just ten percent of Republican voters believe that the former president committed a crime and should be charged. 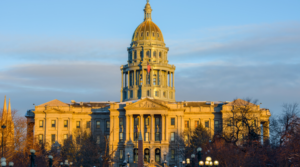 Colorado Will Raise Minimum Wage to $13.65 Due to Inflation