Colorado Will Raise Minimum Wage to $13.65 Due to Inflation

Record high inflation has led Colorado to increase its minimum wage by over $1.

“We are building a strong economy that works for all Coloradans,” said Governor Jared Polis in a statement. “This new minimum wage of $13.65 builds upon our work to save Coloradans money, reduce the cost of everyday items, and put money back into the pockets of hardworking Coloradans.”

The governor’s office noted that “annually adjusting the minimum wage for inflation is a voter-approved mandate in the Colorado Constitution.”

Amendment 70 of the Colorado Constitution went into effect in 2017 and raised the minimum wage to $9.30 with a $0.90 increase every year until January of 2020 when the minimum wage reached $12.

From 2020 onward, minimum wage had to be “adjusted annually for cost of living increases, as measured by the Consumer Price Index used for Colorado.”

Inflation in America is currently at a 40-year high, caused in part by “lasting supply-chain shocks as a result of the pandemic and skyrocketing food and energy prices because of the war in Ukraine” which has “eroded the real value of savings and worker pay,” notes Fortune.

Colorado is not alone in significantly increasing its minimum wage.

The CDLE used the CPI of the Denver-Aurora-Lakewood Metropolis Statistical Area when determining this year’s adjustment to minimum wage. The area is the largest metropolitan area in the state with a population of just over 3 million people.

Under state law, municipalities are permitted to raise their minimum wage above the rate set by the state.

“Denver is among dozens of cities that are raising their minimum wage to more than $17 an hour,” reports The Denver Gazette. “In November 2019, Denver City Council approved an ordinance outlining minimum wage increases for three years.”

The CDLE’s Division of Labor Standards and Statistics, which oversees minimum wage adjustments, notifies employers and employees in advance of wage changes to allow individuals to make financial plans. 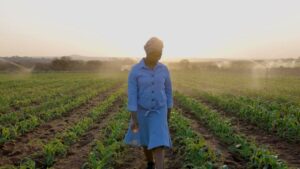