Former President Donald Trump and Florida Gov. Ron DeSantis are now tied as the front-runners on PredictIt for odds of winning the 2024 election.

PredictIt is a large online political prediction market, often referred to as a “stock market for politics.”

DeSantis and Trump are now virtually tied in the market for guessing the 2024 winner.

Both shares are trading at 28 cents, while President Joe Biden trails behind at 23 cents.

“The Florida governor’s stock is rising. Less than 90 days ago, DeSantis’ 2024 shares were trading around 20-22 cents. Trump has been as high as 30 cents,” Casino.org reports.

Florida Politics noted, “DeSantis and Biden had been roughly comparable in terms of investor buy-in for the last few months, but DeSantis’ ‘Yes’ shares have been priced over Biden’s since May 15, suggesting that a trend may be emerging in this market.”

Trump still holds a slight edge over DeSantis on bets that he will be the 2024 Republican nominee, but his lead in that market is also narrowing. 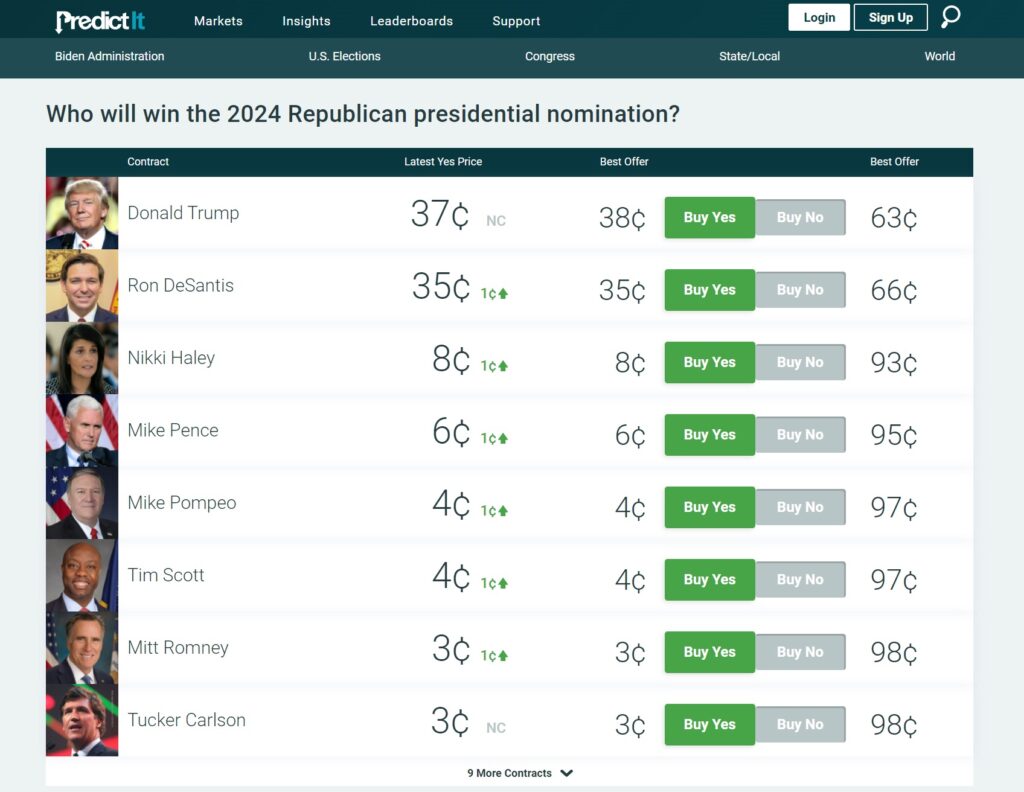 One market that has been remaining steady are bets that the Republican Party will beat out the Democrats. 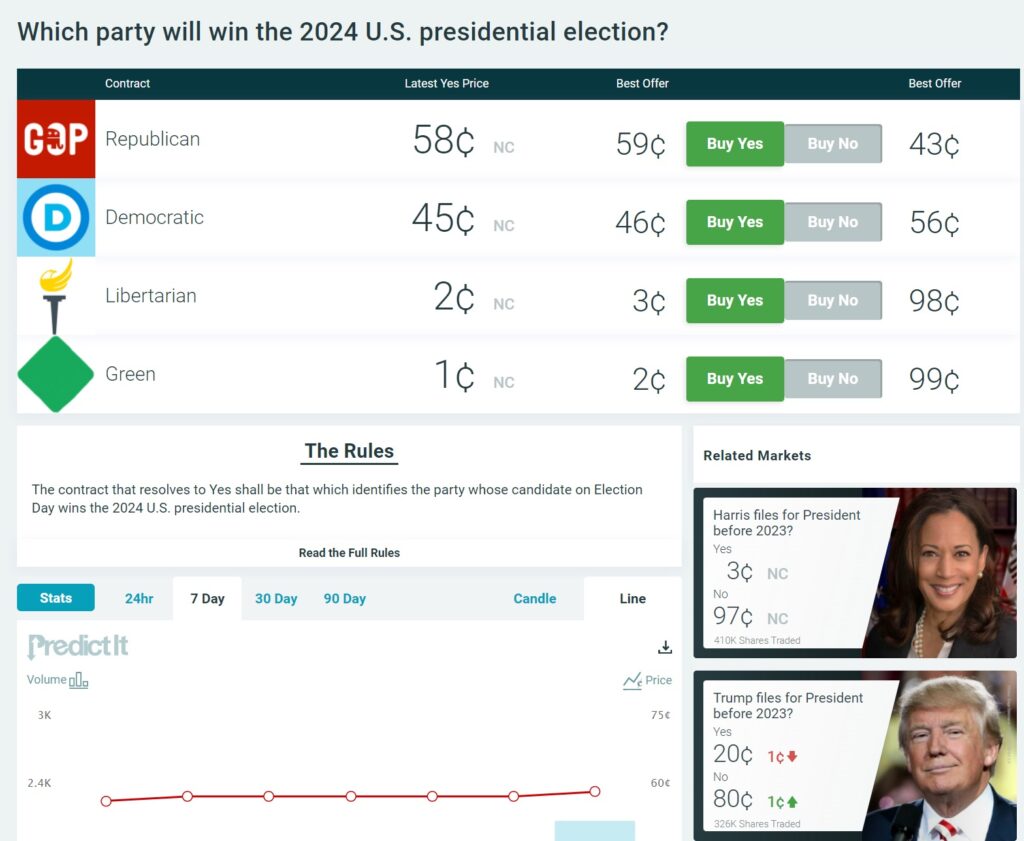 Bloomberg explains that in order to skirt the Commodity Futures Trading Commission, bets on PredictIt are limited to $850. However, the platform will often run multiple variations of the same question —  so that users can have much more riding on a single outcome.

“The site’s markets are mostly suggested by the traders themselves, some of whom are current or former campaign staffers who might be well positioned to answer questions such as ‘How many tweets will Donald Trump post from Nov. 20 to 27?’ or ‘When will Anthony Scaramucci’s role as White House communications director end?'” the report explained.

PredictIt co-founder John Phillips told the paper that the prevalence of politicos helps explain why the site so often gets it right. “Prediction markets function as well as they do and are as accurate as they are … because these markets, like any markets, attract people with superior information,” he said on a podcast in 2016. “In the financial stock market, it’s called inside information.”

Earlier this month, as Timcast previously reported, DeSantis bested Trump as the top pick for 2024 in a Wisconsin Republican Party straw poll.

Trump has not formally announced his candidacy, but has heavily implied that he intends to run for a third time.