Infections have been reported in three states and Canada

The Food and Drug Administration is recalling two brands of organic strawberries after 17 people contracted hepatitis A.

Anyone who purchased and froze Fresh Kampos or H-E-B organic strawberries between March 5 and April 25 has been advised to throw them away.

Between March 28 and April 30, cases of hepatitis connected through epidemiologic and traceback data show the strawberries were documented in Canada, California, North Dakota and Minnesota.

The berries are no longer currently in stores.

The liver infection is considered to be highly infectious.

“In some instances, particularly in children under the age of six, hepatitis A infection may be asymptomatic,” per the FDA.

Infection can occur within 15 to 50 days after exposure.

The condition is typically curable but it can become chronic and lead to more severe health conditions, including liver failure.

The FDA’s investigation into the outbreak is ongoing. The Public Health Agency of Canada and the Canadian Food Inspection Agency are also investigating the outbreak.

Of the 17 American cases, at least 12 have resulted in hospitalization. There have been no fatalities associated with the outbreak at this time.

Fifteen cases were reported in California. The 10 Canadian cases were linked to strawberries sold at co-op stores in Alberta and Saskatchewan. At least four people were hospitalized.

The Canadian government had advised anyone who purchased the contaminated strawberries to wash and sanitize containers, drawers or shelves where the berries were stored.

The hepatitis A outbreak is not connected to the mysterious strain of hepatitis that has been documented among hundreds of children in the United States and Europe. As of May 28, the World Health Organization reported that there were 650 probable cases of the unknown strain of the liver illness worldwide. The origin of the illness has not been identified. 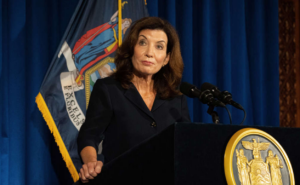