The WisPolitics.com poll of attendees of the Wisconsin Republican Convention was conducted during the event on Saturday.

Trump has not formally announced his candidacy, but has heavily implied that he intends to run.

While speaking at the Conservative Political Action Conference in February, Trump stated that he has already won twice and that he will be doing it again for a “third time.”

Trump continued, “The socialists, globalists, Marxists and communists who are attacking our civilization have no idea of the sleeping giant that they have awoken. We are a sleeping giant.”

There have been some reports indicating that Trump is privately annoyed that DeSantis has not vowed not to run in 2024.

According to a report from Axios in January, Trump is “trashing Ron DeSantis in private as an ingrate with a ‘dull personality’ and no realistic chance of beating him in a potential 2024 showdown,” though they did not name their source.

The report continued, “a second source who’s discussed DeSantis with Trump said the reason for the former president’s irritation with the popular governor is ‘that Ron DeSantis won’t say he won’t run [in 2024]. … The others have stated pretty clearly they won’t challenge him.'” 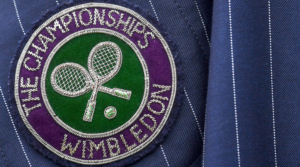