Darrel Brooks Jr. pleaded not guilty to all 77 charges filed against him

The Wisconsin man charged with driving his SUV into a Christmas parade in Waukesha will be tried in October.

The trial is expected to end on Oct. 28. Prosecutors told Darrow it will take five to seven days to present the case they have built against Brooks.

Attorneys for Brooks did not say how much time they will need for their defense.

During the hearing, the judge disclosed that she knows the father of one of the victims killed during the 2021 incident. She said the man had been hired by her family for legal services and that he had donated $500 to her campaign. She also said she texted him after the parade to offer her condolences for his loss.

Brooks is accused of killing six people and injuring many more after allegedly driving his car into a Christmas parade in downtown Waukesha on Nov. 21. Video of the incident was immediately circulated online after the incident.

During the preliminary hearings, Brooks’ public defender, Anna Kees, said her client was high during the incident.

He pleaded not guilty to the 77 charges filed against him on Feb. 11.

Brooks’ attorneys have requested the trial be moved from Waukesha County to ensure he can receive a fair trial.

In addition to the 67 victims, attorneys cited “more than 500 area school children who got counseling, thousands more who witnessed the parade, and the hundreds of thousands who shared the hashtag #WaukeshaStrong on social media” to justify the request, per Fox 6 Now.

They have also noted that First Lady Jill Biden met with victims’ families and called the incident a “tragedy” in her public remarks.

Darrow ordered both the defense and prosecution draft a survey that could be mailed to prospective jurors in order to determine if an impartial jury can be selected. 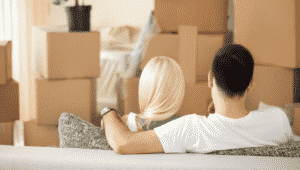