The controversial winner of Miss USA was crowned Miss Universe

Jakkaphong “Anne” Jakrajutatip told the crowd at the New Orleans Morial Convention Center that men are no longer running the event after 70 years.

“From now on it’s gonna be run by women, owned by a trans woman, for all women around the world to celebrate the power of feminism,” said Jakrajutatip. “Diverse cultures, social inclusion, gender equality, creativity, a force for good, and, of course, the beauty of humanity.”

The media entrepreneur discussed personal challenges during the speech.

“When I was born, as a trans woman, who got bullied and sexually harassed by my own teacher when I was young, plus I was not accepted by society because they did not want to embrace my differences,” Jakrajutatip said. “I chose not to surrender. I turned pain into power. And I turned life lessons into wisdom.”

The audience gave Jakrajutatip, dressed in a light gold evening gown with a thigh-high slit, a standing ovation.

Anne Jakrajutatip, the new owner of Miss Universe, delivered an empowering speech yesterday: “Welcome to the new era. From now on it’s gonna be run by women, owned by a trans woman, for all women around the world.” pic.twitter.com/TJXV8EPkAv

Jakrajutatip, who was born male, purchased the Miss Universe Organization in October for a reported $20 million.

“We seek not only to continue its legacy of providing a platform to passionate individuals from diverse backgrounds, cultures, and traditions, but also to evolve the brand for the next generation,” Jakrajutatip said in a statement at the time.

Jakrajutatip’s speech was criticized by some who felt it was hypocritical for the Thai businessperson to claim the organization was now women-led.

“Listening to that transgender Miss Universe owner lecture the public on what it means to be a woman really takes the cake,” Political commentator Ian Miles Cheong tweeted on Jan.15.

“The new boss of the Miss Universe contest proclaims it will now by run by women and will celebrate feminism, inadvertently forgetting perhaps that he is, in fact, a man,” wrote Peter Whittle, the founder and director of the New Culture Forum.

In addition to the controversial speech, the pageant was marked by other controversies.

The organizers of the Miss USA pageant, which is owned by the Miss Universe organization, were accused of pre-selecting Gabriel to win in October. The head of the pageant, Crystle Stewart, was suspended pending an investigation into the claims brought by several competitors.

Additionally, women representing Ukraine and Russia both competed at the event. During the National Costume competition, Miss Ukraine Viktoria Apanasenko dressed as the Warrior of Light to symbolize her country’s “fight against darkness” – an oblique reference to the ongoing conflict between the countries. 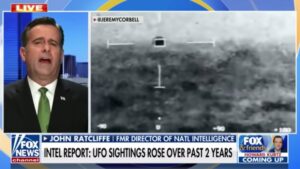