'They Will Lose And They Know That': Democrats Will Lose If Election Is Referendum On Biden, Psaki Says

In a Sunday appearance on NBC’s Meet the Press, former Press Secretary Jen Psaki said Democrats will lose the November midterms if the election is a referendum on President Biden.

During a roundtable discussion on midterm strategies, Psaki cautioned that if Republican messaging focuses on President Biden, then the Democrats could lose.

“Look, I think that Democrats, if the election is about who is the most extreme, as we saw, you know, Kevin McCarthy touch on there with Marjorie Taylor Greene, I’ll say her name, sitting over his left side, then they’re going to win,” said the former Press Secretary. “If it is a referendum on the president, they will lose, and they know that.”

BREAKING REPORT: Jen Psaki says Democrats KNOW 'THEY WILL LOSE' in November if midterms are a 'referendum' on Biden – and admits crime is a 'huge vulnerability' for the left…

“Follow the money,” said Psaki. “In Pennsylvania, the Republicans have been spending millions of dollars on the air on crime ads against Fetterman because that’s where they see his vulnerability. So yes, the economy is hanging over everything but you do have to look at state-by-state factors and crime is a huge issue in the Pennsylvania race.”

“A record will quite literally follow you through the rest of your life costing you better job opportunities, better housing opportunities, better employment opportunities and all kinds of other things that really aren’t fair, in my opinion, quite frankly,” said Fetterman at the “Power of a Pardon” event in late 2021. “So, I’m proud to say that through our leadership we’ve conferred more pardons in Pennsylvania than any administration in history.”

On Sept. 1, Democratic Pennsylvania Governor Tom Wolf, along with Fetterman, announced a pardoning project for criminals with minor, non-violent marijuana convictions, according to the Governor’s website. Applications for the PA Marijuana Pardon Project will be accepted until the end of the month by the Pennsylvania Board of Pardons. Applicants accepted by the project will be required to seek expungement through courts if a pardon is granted.

“I am committed to doing everything in my power to support Pennsylvanians who have been adversely affected by a minor marijuana offense on their record,” said Gov. Wolf according to the statement. “This pardon project has the potential to open the door for thousands of Pennsylvanians – the college grad looking to start their career, the grandparent who’s been wanting [to] chaperone a field trip, or any Pennsylvanian who’s been told ‘no’ for much needed assistance. Now’s your chance.”

“Nobody should be turned down for a job, housing, or volunteering at your child’s school because of some old nonviolent weed charge, especially given that most of us don’t even think this should be illegal,” added Fetterman.

The Lt. Governor and Oz will face off in November to fill incumbent Pennsylvania Senator Pat Toomey’s seat after he announced he would not seek reelection. 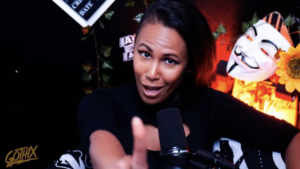