“My name is John FetterWoman,” said the Senate candidate while holding up a pink shirt with his campaign’s logo modified to read “FetterWoman” shortly after greeting the crowd in Blue Bell, Pennsylvania.

Fetterman, who is currently serving as the Lieutenant Governor of PA, asked the crowd a series of questions about family members experiencing health problems before transitioning his speech toward his opponent, Republican Senate candidate and former The Dr. Oz Show host Mehmet Oz.

“[But] you didn’t have a doctor in your life making fun of it. Making light of it. Or telling you that you’re not fit to serve,” Fetterman said, perhaps referring to his opponent’s challenge to a debate.

The 52-year-old revealed that he had suffered from a stroke in May, just two days before the Democratic Senate primary election, in a press statement. The Lieutenant Governor was informed by doctors that his heart had been in A-fib rhythm for too long, which caused a blood clot to form. Fetterman assured his supporters that he did not experience any cognitive damage and would continue on the campaign trail.

What an honor to stand up for reproductive freedom alongside @alexismcgill today in Blue Bell, PA. Thank you, so much, for your support.

Send me to Washington, and I’ll be the 51st vote to scrap the filibuster + codify Roe. pic.twitter.com/kAmXpi0aPG

“We just assume that John Fetterman is not able to debate — which, again, we completely understand,” Oz campaign spokesman Barney Keller said in a statement to the Pittsburgh Post-Gazette. “He suffered a major stroke, and it’s clear that it’s affected him physically. We would get it, and I think Pennsylvania voters will get it.”

“If John Fetterman had ever eaten a vegetable in his life, then maybe he wouldn’t have had a major stroke and wouldn’t be in the position of having to lie about it constantly,” said Rachel Tripp, Oz’s senior communications advisor.

Oz had reportedly agreed to several debates, according to the Post-Gazette, though Fetterman had continuously declined to participate, but last Wednesday, in an exclusive interview with Politico, Fetterman publicly agreed to debate Oz.

The Lieutenant Governor spent the rest of his roughly 10-minute speech taking jabs at current Pennsylvania Republican Senator Pat Toomey, who announced he will not seek reelection in 2020. Fetterman honed in on his pro-abortion stance by saying “don’t piss off women.” He also said he would “codify Roe” if elected.

“Oz believes abortion is murder,” Fetterman said. “This decision, should [it] be made up to Dr. Oz? Or to a woman and a real doctor, to choose?”

Toward the end of his speech, he campaigned for 2022 Democratic candidate for Pennsylvania gubernatorial candidate Josh Shapiro, who is currently serving as the state’s Attorney General.

“Abortion is on the ballot now in November, and if you show up, if you are energized, we will send Josh Shapiro to the Governor’s Office, and you will send me to Washington D.C. to be that 51st vote [to codify Roe],” he said. 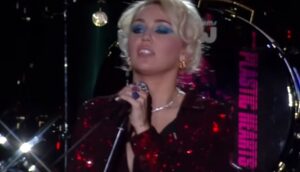