As the migrant crisis on the U.S. southern border intensifies, the Texas National Guard has been mobilized and is now protecting the border in El Paso, which is located across the Rio Grande from Mexico’s violent city of Juarez.

El Paso Mayor Oscar Leeser declared a state of emergency less than a week ago, following the largest migrant caravan in history crossing into the U.S.

In the absence of constitutionally mandated border security provided by the federal government, Texas’s 36th Infantry Division has been deployed by Gov. Greg Abbott, and is taking up positions using personnel, concertina wire, and military vehicles to deter a stream of illegal immigrants that has strained Border Patrol officers for months.

This morning, service members deployed to El Paso, Texas constructed a triple-strand concertina barrier near the border to secure the area from illegal crossings@36thInfantryDiv pic.twitter.com/MpGLS7axYs

The deployment follows a November executive order from Abbott invoking the Invasion Clause of the Constitution, which allows state law enforcement to enact border security measures when the federal government refuses, or is unable to do so.

“The reality is, if you look at Article 1, Section 10 of the U.S. Constitution, you look at Article 4, the Section 4 of the Constitution, I mean, the states have a right to defend themselves, and the federal government has an obligation to defend the states against an invasion,” Brnovich told Timcast in an interview. “And when they do not do so, the governors of the respective states acting as essentially commander-in-chiefs of their states can order their militia [to] mobilize their national guard to fight or repel that invasion.”

Brnovich cited control of the border by drug cartels that are running human trafficking operations and importing the deadly drug fentanyl into the U.S. as part of the justification for an invasion declaration.

I mean, my goodness, in this country last year more people were killed from fentanyl than died from breast cancer. We know that, the numbers we kind of lose sight of, but in Arizona, for example, in 2017 about four percent of the deaths were related to the overdose deaths related to fentanyl. Now it’s more than half of them in just a four year period. So Americans are dying. It’s having a devastating impact economically, not only in costs of lives loss, but also in productivity.

And so when we see these problems, I mean, my goodness, if a hundred thousand people were poisoned in a year by China or some other foreign actor, we would declare a war and we would do everything we can to stop that killing. And so, as a border state, we have seen firsthand the devastation that occurs when the cartel seizes operational control.

Texas’s prior efforts at border security include Operation Lone Star, a multi-agency initiative that resulted in more than 319,000 migrant apprehensions and more than 346 million doses of fentanyl seized.

Immigration has surged this year, with U.S. Customs and Border Protection (CBP) reporting  more than 2.7 million migrant apprehensions for Fiscal Year 2022 — for perspective, that figure is more illegal alien arrests in one year than during all four years of the Trump administration combined.

Local officials have pleaded with the Biden administration for help, as Texas towns have been overrun with individuals illegally migrating to the U.S.

As of Dec. 21, President Biden has not visited the border, and federal officials have offered little to no support, as border states have resorted to busing illegal aliens to other states to relieve the pressure on their strained infrastructure. 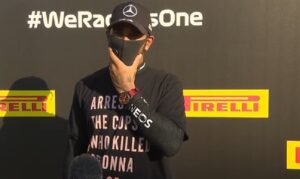