Lawmakers in Texas have filed multiple bills that would make it illegal for an establishment to host a drag queen show — unless they are classified as a “sexually oriented business.”

The Republican lawmakers have argued that children should not be able to access the events and that establishments hosting them should operate under the same rules as a strip club.

The bills HB 643, HB 708, and HB 1266 are all aimed at drag shows and making their way through the Texas Legislature this session.

“If you want to be a sexually oriented business, that’s fine, but you need to play by the same rules as everyone else does,” State Rep. Jared Patterson told local station KVUE.

Rep. Patterson’s bill, HB 643, would impact the zoning of establishments that host the shows. In Austin, for example, a sexually oriented business cannot be located within 1,000 feet of a school, museum, library, or daycare.

“We’re trying to tailor a bill to say that the sexually suggestive drag shows where grown men wear women’s underwear and seek children to stuff dollar bills into their underwear,” Patterson continued, “we don’t want that to occur in the state of Texas.”

“I don’t want a big, heavy-handed government coming down, but I think that we need to protect the innocence of our children,” Patterson said.

Kerry Lynn, the owner of Extragrams, a drag entertainment business, told the station that the laws would be limiting art.

Lynn books drag queens for events, including weddings and the all-ages New Year’s celebration in Austin.

“For it to be classified as a whole as a sexually oriented art is just wrong,” Lynn told the station. “It’s just absolutely wrong. Any time we know that there are going to be children present or there’s going to be a younger audience, we always make sure to curate it so that it’s appropriate.”

Lynn claims that the right focusing on drag has forced some performers to cancel shows.

As Timcast previously reported, an Arkansas bill similarly seeks to formally classify drag performances as “adult-oriented business” and ban children from attending them.

The legislation, Senate Bill 43, would also place limitations on where the shows could take place. 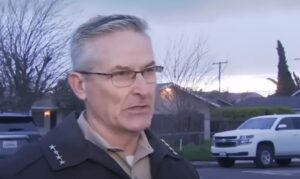