Taiwan is extending mandatory military service for eligible men from four months to a full year as tensions between the multiparty, democratically governed island and China continue to escalate.

The announcement was made by Taiwan’s President Tsai Ing-wen at a news conference just one day after China’s military sent 71 aircraft and seven ships toward Taiwan in an angry show of force, ABC News reported.

“Nobody wants war. The Taiwanese government and its people do not want it, nor does the international community want it. But peace does not fall from the sky,” Ing-wen said. “We need to actively prepare for war to prevent war, and we need to be able to fight a war to stop a war.”

Ing-wen also said that four months of military training “no longer suits the needs” of national defense forces and that extending the mandatory military service period was a “difficult decision.”

Under the new directive, soldiers will have more intense training and combat instruction. The new conscription period begins in 2024 and will apply to men born after 2005.

Taiwan, located about 100 miles off the east coast of China, first came under Chinese control in the 17th Century during the Qing dynasty. In 1895, after suffering a loss during the first Sino Japanese War, China ceded control of Taiwan to Japan under the Treaty of Shimonoseki.

After Japan surrendered at the end of World War II, China regained control of the island in 1945. Four years later, communists took control of mainland China and established the People’s Republic of China, which forced the relocation of the former government leadership to Taiwan, along with 1.2 million people.

Since the 1950s, there has been a political and military standoff over who has a legitimate claim to Taiwan. But, recently, China has ratcheted up tensions by calling reunification with Taiwan “inevitable and necessary.”

In October, Chinese President Xi Jinping told reporters, “The wheels of history are rolling on toward China’s reunification,” refusing to rule out the use of force as part of that reunification effort. 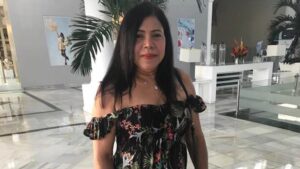 NYC Mom Shot in Head While Walking to Grocery Store