Supreme Court Has Not Identified Source of Abortion Case Leak

'To the extent that additional investigation yields new evidence or leads, the investigators will pursue them,' reads the report for the Court's Marshal

The United States Supreme Court has not identified who leaked the 2022 decision that overturned Roe v. Wade.

The Court announced the results of its internal probe on Jan. 19. A investigating team led by the Court’s Marshal Colonel Gail Curley has “to date been unable to identify a person responsible by a preponderance of the evidence.”

“To the extent that additional investigation yields new evidence or leads, the investigators will pursue them,” stated the report.

The probe included an “analysis of forensic evidence and interviews of almost 100 employees.” Initially, 82 employees who “had access to electronic or hard copies of the draft opinion” were deemed to warrant no further investigation.

Former Secretary of Homeland Security Michael Chertoff consulted on the case for Curley’s team. Chertoff, who served under President George W. Bush and previously worked as the Assistant Attorney General of the United States, Criminal Division, affirmed that the team had conducted “a thorough investigation” and that he could not “identify any additional useful investigative measures.”

“While there is not sufficient evidence at present for prosecution of other legal actions, there were important insights gleaned from the investigation that can be acted upon to avoid future incidents,” wrote Chertoff in his statement.

Some areas of identified concern were related to potential gaps in security created by work-from-home authorizations granted because of the COVID-19 pandemic.

“If a Court employee disclosed the draft opinion, that person brazenly violated a system that was built fundamentally on trust with limited safeguards to regulate and constrain access to very sensitive information,” stated the Marshal’s report. “The pandemic and resulting expansion of the ability to work from home, as well as gaps in the Court’s security policies, created an environment where it was too easy to remove sensitive information from the building and the Court’s IT networks, increasing the risk of both deliberate and accidental disclosures of Courtsensitive information.”

The investigation focused on Court personnel, including temporary (law clerks) and permanent employees, who may have had access to the draft opinion when it was circulated among the Justices in February.

Law clerks sign a confidentiality agreement prior to beginning their work with the Court. Employees are expressly told they cannot “disclose or use any confidential information except as required in the performance of official duties or except as expressly permitted by the Court or the employee’s supervising Court Officer.”

A total of 97 employees denied leaking the draft opinion over the course of 126 interviews.

The draft of an opinion, authored by Justice Samuel Alito, for Dobbs v Jackson Women’s Health Clinic was published by Politico on May 2. The document indicated the Court would overturn both 1973’s Roe v Wade and 1992’s Planned Parenthood v Casey.

The leak led to the doxing of conservative Justices’ private residences and protests across the country. The Dobbs decision was officially released on June 24. The incident was an “unprecedented violation of the nine-member court’s tradition of confidentiality in the behind-the-scenes process of making rulings after hearing oral arguments in cases” and “prompted an internal crisis at the court,” per Reuters.

“To the extent this betrayal of the confidences of the Court was intended to undermine the integrity of our operations, it will not succeed,” Chief Justice John G. Roberts said in a statement on May 3. “We at the Court are blessed to have a workforce – permanent employees and law clerks alike – intensely loyal to the institution and dedicated to the rule of law. Court employees have an exemplary and important tradition of respecting the confidentiality of the judicial process and upholding the trust of the Court. This was a singular and egregious breach of that trust that is an affront to the Court and the community of public servants who work here.”

Curley was appointed to the court in June of 2021. She is a former attorney for the US Army. She previously served as the staff judge advocate for the U.S. Army Europe headquarters in Wiesbaden, Germany and as the chief of the National Security Law Division in the Office of the Judge Advocate General, per NPR.

The Court’s Marshal is the “chief security officer, facilities administrator, and contracting executive” who oversees more than 200 employees and the Supreme Court Police in order to maintain order during proceedings. 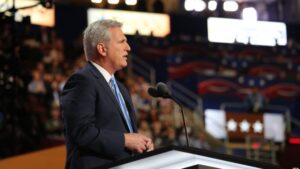