On Thursday, newly elected Speaker of the House Kevin McCarthy announced a return to in-person voting for members of Congress.

Proxy voting was previously enacted by former Speaker of the House Nancy Pelosi in May 2020, allowing Congress members to vote remotely in response to the COVID-19 pandemic.

“Proxy voting is destroying Congress, and Pelosi knows it. She also knows there is no ’scientific’ reason to maintain this madness. If Members of Congress want someone else to vote for them, then they should become private citizens,” said Wisconsin representative Mike Gallagher in response to Pelosi’s previous extension of proxy voting.

“No more proxy voting,” McCarthy wrote on Twitter. “Effective immediately, Members of Congress have to show up to work if they want their vote to count.”

No more proxy voting. Effective immediately, Members of Congress have to show up to work if they want their vote to count.

“Proxy voting in the House is now dead. Your reps need to show up and do their job now, just like you,” said Pennsylvania representative Scott Perry.

“Today, House Republicans will vote to END proxy voting once and for all,” said Florida representative Byron Donalds.

“The House of Representatives isn’t a tech company. Its members should work IN PERSON in the People’s House!”

“The Senate has managed to maintain in-person Floor voting for the entirety of the past two years — with a much older population and a 50-50 makeup, no less,” McCarthy said in December. “From the get-go, we warned that proxy voting would be misused as a means of convenience rather than as a precaution for health — and it has been, by members of both parties.”

“Committees can’t be meeting in these Bradybox-style boxes where nobody’s in a room and everybody’s in some remote location and you can’t even discuss an amendment,” said House Majority Leader Steve Scalise during a Jan. 10 press conference. “We’re gonna be back in person again.”

“In light of the attached notification by the Sergeant-at-Arms, in consultation with the Office of Attending Physician, that a public health emergency is in effect due to a novel coronavirus, I am hereby extending the ‘covered period’ designated on January 4, 2021, pursuant to section 3(s) of House Resolution 8, until December 25, 2022,” read a press release from Pelosi citing the Sargeant-at-Arms William Walker.

“Pursuant to section 3(s) of House Resolution 8, following consultation with the Office of Attending Physician, I write to provide you further notification that the public health emergency due to the novel coronavirus SARS-CoV-2 remains in effect,” read Walker’s statement.

“We will immediately reopen the Capitol and end the Democrat proxy voting and remote work schemes that have inflicted untold damage to this institution,” McCarthy said in late 2022 announcing his bid for Speaker of the House. 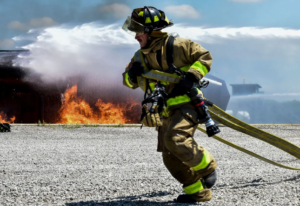