Connecticut may lower its physical fitness requirements for female firefighters to increase the fire department’s diversity.

Lawmakers have proposed allowing women interested in joining the department to take a revised version of the Candidate Physical Ability Test. The test, used by fire departments across the country, is a timed series of physical tasks completed while wearing a 50-pound vest. Tasks are “placed in a sequence that best simulates fire scene events while allowing an 85-foot (25.91-m) walk between events,” according to the National Testing Network. In addition to the vest, test takers must are given an additional “25 pounds (11.34 kg), using two 12.5-pound (5.67-kg) weights that simulate a high-rise pack (hose bundle)” during the stair-climb event.

The bill, which was introduced on Jan. 17, 2023, would “establish physical ability test requirements for female candidates for firefighter positions that provide an alternative to the fifty-pound simulated vest test component of the Candidate Physical Ability Test.”

The proposal has six Democratic co-sponsors — Representatives Michael D’Agostino, Robyn Porter, Farley Santos and Josh Elliott as well as Senators Martin Looney and Jorge Cabrera. The lawmakers said changing the fitness test would “allow for a more diverse class of candidates for firefighter positions at municipal and volunteer fire departments.“

The measure has been referred to the Joint Committee on Public Safety and Security and a hearing has not been scheduled.

The proposal has not been warmly welcomed by firefighters of both genders, reports The Washington Free Beacon. Some retired members of the department believe putting social initiatives and diversity priorities before safety concerns could be dangerous for Connecticut’s citizens.

“If you can’t handle a 50 pound vest, you’re not going to be able to rescue a child from a burning building,” said retired firefighter Leah DiNapoli of New Haven. She also noted fire fighting gear is standard regardless of size and that firefighters need to carry additional gear.

“They don’t make lighter saws or ladders,” she said. “When I was there, they didn’t even make female-sized boots.”

“A citizen in need of rescue doesn’t care if a firefighter is white, black, Hispanic, male, or female,” Frank Ricci, a retired firefighter and former president of the New Haven firefighters union, told the outlet. “They care that they can do the job. This attempt to socially engineer public safety positions will only serve to endanger the public.”

According to research by the National Fire Protection Association, 4% of full-time firefighters nationwide are women. 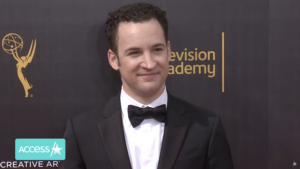