The Democrat-led Congressional committee was reportedly set to obtain Trump’s tax returns on Wednesday had Justice Roberts not issued a temporary stay.

“The only way to preserve these certiorari-worthy questions and to avoid causing [Trump, his eponymous family business, and other associated entities] irreparable harm is for this Court to grant an administrative stay,” the filing read, according to Daily Mail.

If Trump’s appeal is successful it could prevent the committee from gaining access to his records for years. Republicans are speculated to gain control of the House early next year following next week’s midterm election which will also likely quash Democrats attempt to gain access to the former President’s taxes, the outlet noted.

“Upon consideration of the application of counsel for the applicants, it is ordered that the mandate of the United States Court of Appeals for the District of Columbia Circuit, case No. 21-5289, is hereby stayed pending further order of the undersigned or of the Court,” reads the administrative stay granted by Justice Roberts.

The stay also requires that Trump and his legal team file a response to the application to be filed on or before Nov. 10 by 12 p.m.

John Roberts has granted a temporary "administrative" stay in Trump's bid to stop a House committee from obtaining his tax returns. This is not a ruling on the merits of Trump's request; it merely keeps the lower-court ruling on hold while SCOTUS considers the request. https://t.co/7WrSBrZlFh pic.twitter.com/CVweLTl9S0

“No Congress has ever wielded its legislative powers to demand a President’s tax returns,” Trump’s attorney William Consovoy argued, warning of the “far-reaching implications” of the lower court’s ruling. “This case raises important questions about the separation of powers that will affect every future President,” the Monday emergency motion continued.

“Trump’s lawyers asked the court to act by Wednesday to delay an appeals court ruling that cleared the way for the IRS to deliver the tax returns on Thursday,” according to a report from CNBC. “The delay would give Trump time to formally ask the high court to hear an appeal of the ruling,” the report added. “But the lawyers also said the Supreme Court could consider Monday’s filing itself a request to hear the case.”

Trump has insisted the committee wants to release his tax returns publicly though the committee previously claimed the returns were required to review IRS audits of presidents.

“The law has always been on our side. Former President Trump has tried to delay the inevitable, but once again, the Court has affirmed the strength of our position,” said Ways and Means Committee Chairman Richard Neal in a statement on Thursday. “We’ve waited long enough — we must begin our oversight of the IRS’s mandatory presidential audit program as soon as possible.” 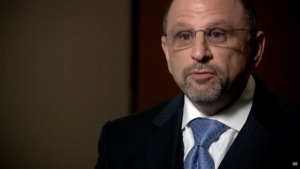