Former President Donald Trump has filed an emergency appeal with the Supreme Court in an attempt to stop the Internal Revenue Service from giving his tax returns to Congress.

The emergency request was filed with Chief Justice John Roberts on Monday after the US Court of Appeals for the District of Columbia Circuit ruled that the documents could be turned over last week.

“No Congress has ever wielded its legislative powers to demand a President’s tax returns,” Trump’s attorney William Consovoy argued, warning of the “far-reaching implications”of the lower court’s ruling.

“This case raises important questions about the separation of powers that will affect every future President,” the emergency motion continued.

According to a report from CNBC, “Trump’s lawyers asked the court to act by Wednesday to delay an appeals court ruling that cleared the way for the IRS to deliver the tax returns on Thursday.”

“The delay would give Trump time to formally ask the high court to hear an appeal of the ruling,” the report added. “But the lawyers also said the Supreme Court could consider Monday’s filing itself a request to hear the case.”

The committee has claimed they need the returns for a review of IRS audits of presidents, but Trump maintains that they want them to release them to the public.

A pause of the release could also give Republicans time to get through the midterms and possibly regain control of Congress. If the GOP wins in November, they are expected to end the committee’s hunt for Trump’s tax documents.

“And if Republicans regain majority control in the House of Representatives in the upcoming midterm elections, before the Supreme Court case is resolved, they are expected to end the Ways and Means Committee’s three-year-long bid to get Trump’s tax returns,” the CNBC report noted.

Ways and Means Committee Chairman Richard Neal, issued a statement on Thursday saying, “The law has always been on our side. Former President Trump has tried to delay the inevitable, but once again, the Court has affirmed the strength of our position.”

“We’ve waited long enough — we must begin our oversight of the IRS’s mandatory presidential audit program as soon as possible,” Neal continued. 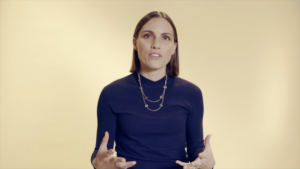