Climate Activist Director Steven Spielberg Has Burned Over $116,000 in Fuel for Private Jet Since June

A flight tracking database that monitors the use of private jets by celebrities has estimated that climate activist Steven Spielberg has burned at least $116,159 worth of jet fuel since the end of June.

In 2018, Spielberg condemned people who “go blithely through life” without worrying about global warming.

According to a report from the New York Post, “Spielberg’s plane, a Gulfstream G650, has burned at least $116,159 worth of jet fuel over the course of 16 trips spanning nearly 17,000 miles since June 23, according to flight tracking data from ADS-B Exchange and compiled by the database Celebrity Jets. The figures are likely an underestimate since the database didn’t calculate fuel and distance metrics of at least three trips made by Spielberg’s jet.”

“I’m terrified of [global warming],” Spielberg said while doing an interview for his film Ready Player One, according to a report from Fox News. “Global warming is a scientific reality. It’s not a political trick. It’s a true piece of real, measurable, quantifiable science.”

“People have to come around to believing that this is — we are going to have to have a kind of confrontation with destiny unless we do something about it today,” Spielberg continued. He added that, ““everybody has to be held responsible” for their role in climate change.

The massively successful director specifically shamed people who use aerosol cans for depleting the ozone.

“You know when you’re not mindful of something that could pose a danger to your children and grandchildren?” Spielberg remarked. “Then you just go blithely through life with aerosol cans and doing all sorts of things that are depleting the ozone.”

According to the flight tracker, the Hollywood favorite took his jet for trips across the globe, as well as short trips requiring less than a half an hour in the air.

On at least one occasion, Spielberg’s flight was less than 20 minutes. That trip, according to the tracker, created two tons of CO2 emissions.

Earlier this month, activist and singer Taylor Swift was named the number one celebrity carbon offender over her frequent private jet trips based on information compiled by Celebrity Jets.

Yard Group, the company behind the study, found that “Miss Swift is the biggest celebrity CO2e polluter of this year so far. Racking up a total of 170 flights since January, Taylor’s jet has amassed a vast 22,923 minutes in the air – 15.9 days. Quite a large amount considering that she is not currently touring.”

“Taylor’s jet has an average flight time of just 80 minutes and an average of 139.36 miles per flight. Her total flight emissions for the year come in at 8,293.54 tonnes, or 1,184.8 times more than the average person’s total annual emissions. Taylor’s shortest recorded flight of 2022 was just 36 minutes, flying from Missouri to Nashville,” the report continued.

A spokesperson for Swift rejected the title and claimed that the songstress frequently loans her jet out to friends. 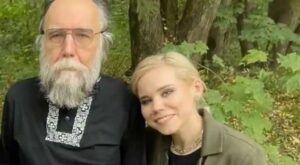