Taylor Swift has been named the number one celebrity carbon offender over her frequent private jet trips, according to a new study.

Yard Group, the company behind the study, found that “Miss Swift is the biggest celebrity CO2e polluter of this year so far. Racking up a total of 170 flights since January, Taylor’s jet has amassed a vast 22,923 minutes in the air – 15.9 days. Quite a large amount considering that she is not currently touring.”

“Taylor’s jet has an average flight time of just 80 minutes and an average of 139.36 miles per flight. Her total flight emissions for the year come in at 8,293.54 tonnes, or 1,184.8 times more than the average person’s total annual emissions. Taylor’s shortest recorded flight of 2022 was just 36 minutes, flying from Missouri to Nashville,” the report continued.

Mayweather came in second, with the study author’s noting that he was close behind Swift, “emitting 7,076.8 tonnes of CO2 from his private jet this year. That’s 1,011 times more than the average person’s yearly. However, Mayweather’s jet has amassed more flights than any other celebrity on this list, taking 177 so far this year – an average of 25 flights per month: almost one every single day!”

The shortest flight logged for the boxing legend was just ten minutes.

The organization had pulled data from January 1 of this year through July 19 for the study.

A representative for Swift spoke to Rolling Stone about the report, claiming that the pop star frequently lends out her private jet and was not on all of the recorded flights.

“Taylor’s jet is loaned out regularly to other individuals,” a spokesperson for Swift told Rolling Stone. “To attribute most or all of these trips to her is blatantly incorrect.”

The study does note that “Yard is aware this data is based on these celebrities’ planes, so it is not known if these celebrities were on all the recorded flights.”
*For corrections please email [email protected]*
Share
Next 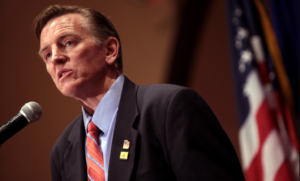