The bomb that killed the daughter of Alexander Dugin was planted under the driver’s side of a vehicle that belonged to her father — according to reports from Russian media.

Darya Dugina, 29, had just left a family festival in the Moscow area that her father was speaking at when the vehicle she was driving exploded.

BREAKING NEWS: The daughter of Aleksandr Dugin, Darya Dugina was killed in a car bombing tonight in Moscow. Unclear if this was an assassination attempt targeting her father, who has been described as “Putin’s Brain”. Video Footage below: pic.twitter.com/ZRk1gF8zsb

Russia’s Investigative Committee released new details on Sunday, including that they believe the young woman was killed on impact.

“According to investigators, on August 20 around 21:00 in the Odintsovo urban district near the village of Bolshiye Vyazemy, an explosive device, presumably installed in the Toyota Land Cruiser, went off on a public road and the car caught fire. The female driver died at the scene. We established the identity of the deceased: it is journalist and political analyst Daria Dugina,” the department said in a message on its Telegram channel, which was translated by Russian news agency TASS.

The agency added that the investigation is ongoing, and that “based on the results of the inspection, a number of examinations will be appointed, including forensic, explosive engineering and molecular-genetic. All possible versions of the crime are being probed into.”

“The progress and results of the investigation of the criminal case are under the control of the Moscow Region Prosecutor’s Office,” the statement noted.

The statement also said that they believe the assassination was premeditated.

Dugina was a journalist and political scientist. She had earned a PhD from the Philosophy Department of Lomonosov Moscow State University.  Both she and her father have been sanctioned by the United States.

The Russian news outlet spoke to Andrey Krasnov, the head of the Russian Horizon social movement and a friend of the family, who asserted that the Toyota Land Cruiser Prado belonged Dugina’s father.

There have been multiple reports that Dugin was supposed to leave the event with his daughter, but had a change of plans. Those details have not yet been confirmed by the family or Russian investigators.

Shortly after the explosion, Dugin arrived at the scene where his daughter had just been killed. Videos of him appearing very distraught were posted to social media.

Darya Dugina has been assassinated. She was a guiding light against the neo-liberal degenerate agenda and NATO’s march for world domination and destruction. A hero who could have saved the world. Her father was on the scene, unfathomable. Everything changes now. RIP #DaryaDugina pic.twitter.com/GneWuS2LXM

Russian Foreign Ministry Spokeswoman Maria Zakharova said that if Kiev is implicated in the murder it will be considered state terrorism.

“If the Ukrainian trace is confirmed… then we should talk about the policy of state terrorism implemented by the Kyiv regime,” Russian Foreign Ministry spokeswoman Maria Zakharova said in a Telegram post, according to a report from CNN. “There have been plenty of facts accumulated over the years: from political calls for violence to the leadership and participation of Ukrainian state structures in crimes.”

“We are looking forward to the results of the investigation,” Zakharova concluded.

Mikhail Podolyak, advisor to the Ukrainian presidential office, has denied that Kiev was involved in the assassination.

“I confirm that Ukraine, of course, had nothing to do with this because we are not a criminal state, like the Russian Federation, and definitely not a terrorist state,” Podolyak told Ukrainian TV, according to a report from The Guardian. 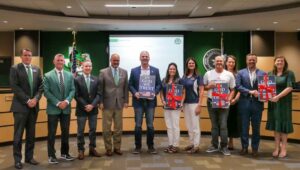