During a Thursday interview, Senate candidate John Fetterman addressed concerns over his health by insisting he was able to serve office.

CBS’ Robert Costa asked Fetterman to comment on voters expressing doubt in the Senate candidate’s ability to serve due to concerns over his health. Fetterman responded by claiming he has provided more medical evaluation records than “virtually anyone” besides Presidential candidates.

The Senate candidate reiterated his previous argument that he has campaigned across the state in front of “thousands and thousands.” Fetterman said he was being “very transparent” before mentioning he “showed up” for his debate with Republican challenger Dr. Mehmet Oz last week.

“We already knew that [debate] was going to be a challenge given, you know, somebody that’s in recovery after having a stroke,” Fetterman said, stumbling over the latter portion of his response.

“And I’m sitting within a chair with you right now to have this conversations really just address the fact that I’m absolutely sit to serve,” the Senate candidate continued, appearing to say he was “fit” to serve.

Fetterman admitted campaigning while recovering from his May stroke had been difficult and was challenging for his family.

Similar to Fetterman’s October interview with MSNBC’s Dasha Burns, the Senate candidate disclosed he was using closed captioning to aid him through the Thursday interview. The Senate candidate’s use of closed captioning has been a source of controversy among critics who point toward Fetterman’s decline in ability to understand and verbalize language.

Despite the employment of closed captioning to assist Fetterman in his late October debate with Oz, the Senate candidate struggled through responses. At one point, Fetterman had difficulty explaining his stance on fracking.

Another response from Fetterman appeared to reference the idea of Americans feeling dignity working full-time jobs.

“We all have to make sure that everyone that works is able to that’s the most American bargain that you work full time you should be able to live in dignity as well true.”

“And I believe they haven’t have any businesses being—” Fetterman continued, though his response was difficult to understand. “You can’t have businesses being subsidized by not paying individuals that just simply can’t evade to pay their own way.” 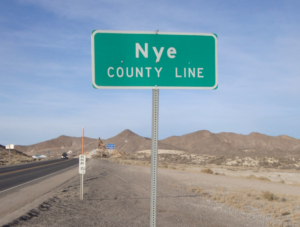