On Tuesday, Democratic Pennsylvania Senate candidate John Fetterman opened up about challenges he experiences after suffering a stroke earlier this year.

In his first sit-down interview after his stroke in May, MSNBC correspondent Dasha Burns announced that, per his campaign’s request, Fetterman required closed captioning (CC) technology to transcribe their interview. Small talk with the Senate candidate prior to the interview was difficult without the aid of CC software, Burns noted. Fetterman appeared to display signs of his struggle to communicate throughout his interview with Burns.

The MSNBC correspondent asked Fetterman, who currently serves as Pennsylvania’s Lieutenant Governor, if voters could trust his ability to perform the job if elected. Fetterman paused for a moment and read his computer’s CC before responding, “Yeah, of course.”

Fetterman opened up about his struggle understanding spoken words after his stroke and explained his need for CC.

“That auditory processing where I’ll hear someone speaking but sometimes [it won’t] be precise on what exactly that they’re saying. I use captioning,” he said.

“I always thought I was pretty empathetic—” Fetterman continued, pausing briefly. “Emphatic. I think I was very—excuse me,” Fetterman corrected himself again. “Empathetic, you know, that’s an example of the stroke empathetic.”

“You say you’re on the road to full recovery. But right now voters really have to take your word for it,” Burns continued. “We’ve asked for your medical records. We’ve asked to have a conversation with someone from your medical team, to interview your physician. You’ve declined those requests. Why?”

“I feel like we have been very transparent in a lot of different ways. When our doctor has already given a letter saying that I’m able to serve and to be running,” Fetterman replied.

Burns pushed back, noting the letter in question was from May and might not provide insight into the Senate candidate’s current medical status.

“Being in front of thousands and thousands of people and having interviews and getting around all across Pennsylvania,” he replied. Fetterman appeared to struggle as he finished saying that was enough evidence to let the “voters decide if they think it’s really the issue.”

The Senate candidate has been criticized for allegedly dodging offers to debate Republican Senate challenger and former talk-show host Dr. Mehmet Oz. Fetterman told Politico in a September statement he had agreed to debate his opponent.

Fetterman is scheduled to debate Oz on Oct. 25, Politico reported. Per his agreement to debate Oz, the moderator is required to explain to the audience that Fetterman will use CC software, the practice debate must not include real debate questions, and the debate must be lengthened to 90 minutes instead of an hour.

Both candidates are seeking to fill Senator Pat Toomey’s seat after the Republican previously announced he would not seek reelection this year. 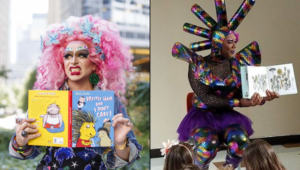