The organization has called the county's hand-count ballots 'unlawful'

The American Civil Liberties Union of Nevada filed a complaint against a rural county that has been hand-counting mail-in ballots.

Nye County voted to headcount mail-ballots during midterm elections following residents’ concerns about voting machines following the general election in 2020. Because the process is time-consuming and must be completed by the state’s certification deadline, the county wanted to begin its hand count two weeks prior to Election Day.

There are an estimated 33,000 registered voters in Nye County.

In its complaint filed with Nevada’s secretary of state, the ACLU of Nevada accused Nye county of permitting a “coordinated partisan election administration” and alleged one of its observers was removed by an armed person during an active count.

“Nye County’s actions during this election, including the disastrous failure that was its attempt at hand counting paper ballots, exceed the bounds of normalcy and decency,” Athar Haseebullah, the ACLU of Nevada’s Executive Director, said in a statement, per The Hill. “A partisan official from the Nye County GOP Central Committee given free range to roam the halls and remove those engaging in observation violates the core principles underlying free and safe elections and makes an even greater mockery of our democracy.”

Haseebullah added the organization “fully” anticipates the state government to conduct “a swift and thorough investigation.”

The legal organization sued the county on Oct. 4 to block the hand count from starting. The ACLU called the plan “unlawful.”

“We are asking the Fifth Judicial District Court to prohibit the county from publicly announcing the selected candidates on each ballot prior to the close of polls on Election Day, from limiting the use of ADA touch screens to individuals with so-called ‘special needs,’ from allowing election workers to ask about a voter’s disability or turn away otherwise eligible voters based on arbitrary decision making, and from using ‘stringent signature verifications’ that violate state law,” the organization noted in a press release.

Nye County said it would conduct its hand count alongside machine tabulators and would permit the public to watch the process if they signed waivers agreeing to release voting information prior to Election Day.

Upon appeal, the Nevada Supreme Court also ruled in favor of allowing the hand count to take place. The state Supreme Court did require the county to take additonal steps to prevent the vote totals from being made public ahead of schedule.

The court affirmed some of the ACLU’s challenges, including their objection to a livestream of the hand count.

After a week-long pause on the count, the Nevada Secretary of State’s office received Nye County’s updated plan to hand count ballots on Nov. 2. If the plan is approved, Nye County is prepared to begin the count on Nov. 7. 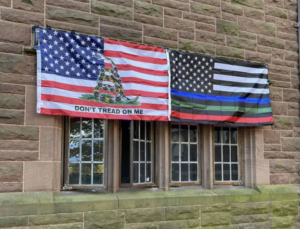