Iowa Senator Chuck Grassley sent a letter to Attorney General Merrick Garland demanding an explanation as to why the Department of Justice never charged FBI agents who lied about errors committed while they investigated former USA Gymnastics Doctor Larry Nassar.

Nassar was found guilty of sexually abusing hundreds of young athletes under the guise of medical exams and treatments between 1998 and 2015. Although he was accused of molesting more than 130 gymnasts, Nassar was charged with and pleaded guilty to seven counts of criminal sexual contact in 2017. He is currently serving a 25-year sentence at a federal prison in Florida with a release date of Jan. 30, 2068. At that time, he will be transferred to a Michigan prison to serve out a consecutive sentence of 40 to 175 years – which will run concurrent to an additional state sentence of 40 to 125 years.

In his letter, Grassley criticized the FBI for refusing to provide physical evidence that supported their decision to prosecute incriminated agents and for refusing to answer questions posed by senators during a July 28 briefing.

“Through both the [Office of the Inspector General] and an independent DOJ Criminal Division review, both investigations confirmed these agents repeatedly lied under oath, in violation of federal criminal law, and fabricated evidence to cover up their investigative failures,” wrote Grassley. “Yet despite the astonishing new information revealed during the briefing, no new charges were filed.”

Grassley said Nassar’s victims “deserve to see a government and a system that prioritizes doing the right thing in seeking justice.”

“It is unfortunate to think these girls have not yet seen the government do the right thing in holding these agents accountable,” the senator stated. “Transparency brings accountability, and accountability is a first step towards getting these victims justice.”

In September of 2021, the chair of the Senate Judiciary Committee Dick Durbin led a hearing on the FBI’s dereliction of duty during their investigation into the allegations against Nassar.

“The FBI’s handling of the Nassar case is a stain on the Bureau,” Durbin said during his opening remarks. “The Inspector General’s findings in his July report paint a shocking picture of FBI dereliction of duty and gross incompetence… The facts revealed by the Inspector General expose apathetic, incompetent, and unethical senior FBI officials.”

“In the 15 month period that FBI officials shirked their responsibilities, Nassar abused at least 70 young athletes,” the Illinois senator added. He noted that some victims experienced a continuation of abuse during this period while some were abused for the first time “while the FBI sat on the case.”

Olympic medalists Simone Biles and Aly Raisman are among those who have spoken out against Nassar. They also condemned the FBI’s actions during their investigation.

Raisman testified before the Senate Judiciary Committee that the agency “knew that Nassar molested children and did nothing to restrict his access” and that she felt pressured by agents to consent to the plea deal offered to the doctor.

“It feels like the FBI turned a blind eye to us,” said Biles during her testimony. “I don’t want another young gymnast or Olympic athlete to experience the horror I and hundreds of others have endured. How much is a little girl worth?”

Grassley is currently running for his eighth reelection to the Senate. 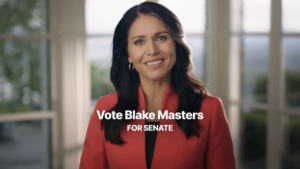