The former governor of Alaska originally filed the lawsuit in 2017. She claimed the newspaper had defamed her and damaged her reputation after publishing an opinion piece titled “America’s Lethal Politics.”

The article claimed a map created by Palin’s Political Action Committee incited a 2011 mass shooting in Arizona that lead to the death of 6 people and injured several others, including Representative Gabby Giffords.

The Times corrected the piece in the days that followed and said it “incorrectly described the map.”

While testifying, the paper’s then-editorial editor James Bennett said he has regretted the mistake every day since the error was published.

Rakoff announced his intention to dismiss the case as the jury deliberated on Feb. 14. He said that Palin failed to prove The Times acted out of malice.

The Supreme Court established the “actual malice” standard in 1964 following its decision in New York Times v Sullivan. As per the standard, public figures cannot win a libel lawsuit unless they prove the statement was made “with knowledge that it was false or with reckless disregard of whether it was false or not.” The Court wrote that “actual malice” had to be proved “by convincing clarity.”

The standard was intended to protect the press’s right to free speech in order to allow political debate.

The judge said he would let jury deliberation continue because his decision could be reversed on appeal. Raskoff will formally enter his decision when the trial ends.

“This is the kind of case that inevitably goes up on appeal,” Rakoff said during his explanation. The judge added that he was “hardly surprised Ms. Palin brought a lawsuit.”

“I think this is an example of very unfortunate editorializing on the part of The Times,” he said from the bench.

Palin has previously signaled she intends to challenge the decision if she lost the lawsuit.

Outside of the New York City courthouse, Palin spoke out against the judge’s decision to announce his position before the jury has returned a verdict.

“This is a jury trial and we always appreciate the system. So whatever happened in there usurps the system,” she said.

The trial will begin its ninth day on Feb. 15, while the jury continues to deliberate. 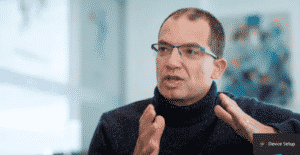