Palin is expected to continue testifying on Thursday

Sarah Palin took the stand in the Manhattan courtroom on the fifth day of her civil defamation trial against The New York Times.

The former Governor of Alaska and one-time vice-presidential candidate described her current day-to-day life in the Last Frontier to the jury.

“Single mom now, and my youngest child, he has special needs, so my life revolves around him — his name is Trig — and his schooling and his therapies,” she said. “And my dad is there. I help take care of my dad. He’s elderly.”

She said because of the snow and mountains, living conditions can be challenging but that she is accustomed to the environment.

During her 15 minutes on the stand, she summarized her political career, beginning with her time on the Wasilla City Council and two terms as mayor.

Palin was the first woman to serve as the Alaskan Governor as well as the youngest person to hold the position in the state’s history. She said she wanted to confront “crony capitalism” and end corruption in the oil industry.

The Republican was selected to be John McCain’s running mate during his 2008 presidential bid.

“It was an amazing experience to get to travel around the country and meet so many amazing people and just see the beauty of America and offer myself up in the name of public service at that level,” she said of the campaign.

Palin and her legal team have argued the newspaper committed libel and damaged her reputation by linking a mass shooting in Arizona in 2011 to a map distributed by her Political Action Committee in a 2017 op-ed.

As part of the trial, lawyers of the Alaskan politician must prove the newspaper and its opinion editor, James Bennet, acted with “actual malice” when it published the piece.

“The Times contends the mistake was honest and corrected without delay,” reports the Daily News. “Bennet, who no longer works for the paper, testified to inputting the inaccuracies during a heavy-handed edit.”

“I’ve regretted it pretty much every day since,” he said on Feb. 9 while on the stand. “That’s on me. That’s my failure.”

The trial ended shortly after Palin took the stand. She is expected to resume her testimony on Feb. 10. 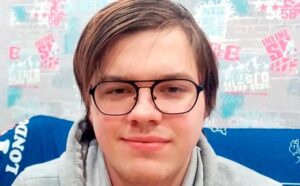