Randy Weaver of the Ruby Ridge Standoff Dies at 74

The father at the center of the 1992 Ruby Ridge standoff has died at the age of 74.

Randy Weaver died on May 11. His daughter, Sara Weaver, announced the news on May 12 through her Facebook page, Ruby Ridge to Freedom.

Weaver and his family took part in an 11-day fatal standoff with federal agents on their remote property in Idaho. The Ruby Ridge standoff triggered a national debate on federal agencies’ use of force and the need for government accountability.

The former Green Beret was born in Iowa on January 3, 1948. He and his wife Vicki were religious fundamentalists who distrusted the government and lived in an off-the-grid cabin they built themselves with their five children in Idaho beginning in 1984.

Undercover ATF agents claimed in 1989 that Weaver sold them illegally sawed-off shotguns. Federal investigators claimed Weaver had ties to the Aryan Nation and said he was offered the chance to become a federal informant but refused.

Weaver denied having any connection to the white supremacist group. He was charged with making and keeping illegal weapons and released on bail.

The Weaver family became withdrawn and stayed at their remote cabin on Ruby Ridge near Naples for more than a year and a half. Weaver and his wife were said to be collecting guns. He did not appear for his 1991 trial and was indicted by a grand jury.

The Federal Bureau of Investigation spent months surveilling the family before carrying out a plan to take Weaver into custody on Aug. 21, 1992.

A shootout ensued when the U.S. Marshalls arrived at the property.

The Weaver family’s dog, Striker, was killed by law enforcement after he detected the undercover official approaching the house and began barking.

Prompted by Striker’s barks, Weaver, his 14-year-old son Samuel, and family friend Kevin Harris came out of the cabin, which led to another confrontation.

Samuel was shot and killed by Marshalls. Deputy U.S. Marshall William Francis Degan was killed by Harris, who was critically injured in the firefight.

Vicki Weaver was then killed on Aug. 22 after an FBI sniper shot her while standing behind the cabin’s door with her 10-month-old daughter.

The teenager’s death marked a shift in the nation’s understanding of the nature of the standoff. While the federal government had told reporters they were confronting “white separatists and white supremacists” who had committed crimes in the area, Washington-based reporter Jess Walter told PBS that Samuel’s death revealed “a much more complex case.”

“As reporters, I think you have to step back and look at the normal narrative and begin asking more questions of the sources that are giving you this information,” Walter said. The reporter said that when the FBI announced Vicki Weaver’s death “the narrative had changed so completely.”

The men and Weaver’s three daughters stayed in the family’s cabin for the following nine days.

Hundreds of protestors arrived at the road blockade law enforcement set-up near the cabin to protest the government’s actions. The government brought in armored vehicles and hundreds of officers and agents to surround a perimeter set up around the property.

The siege ended on Aug. 31, leaving the American public shocked at the brutality the government had shown against private citizens.

By August of 1995, the FBI had suspended four agents following an investigation into the standoff. The officials participated in a cover-up and had attempted to hide their approval of the “shoot-onsight” order they had issued during the conflict. The agency also demoted and suspended Deputy Director Larry Potts.

The U.S. Justice Department ultimately reached a settlement with the Weaver family and agreed to pay them $3.1 million in 1995. Harris also sued and was awarded $380,000 but the government did not admit to any wrongdoing in the case.

Grassley, who is currently seeking his eighth term in the Senate, said “Accountability has still not been achieved. And so neither has a restoration of the public’s confidence in federal law enforcement.”

“The incident at Ruby Ridge caused a deep fracture in the public’s confidence in federal law enforcement in this country,” said the senator from Iowa. “It was vital that we in government repair the wound by holding accountable those responsible for the unconstitutional shot that killed Vicki Weaver.”

“It is essential that Congress do its part to demand accountability for the actions of federal law enforcement agencies by sustaining aggressive and consistent oversight, especially of the FBI,” Grassley added.

Lon Horiuchi, the FBI sniper who killed Vicki Weaver, has testified that he was aiming for Harris and did not see the mother when he took his shot. Charges of involuntary manslaughter brought against Horiuchi were ultimately dismissed in 2001. The DOJ’s investigation found that Horiuchi’s actions were unjustified.

Because of Ruby Ridge, theDepartment made several major changes to its stand-off protocols. Snipers are no longer allowed to shoot on sight any armed adult without warning to surrender.

In April of 1993 – less than one year after the Ruby Ridge standoff – federal agents launched a siege on the Branch Davidian compound in Waco, Texas. The 51-day standoff ended when a fire of unknown origins burned the property to the ground. In total, 76 members of the religious group died inside. 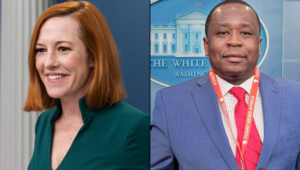