The chaos began as Jen Psaki fielded questions for the last time before her imminent departure to work for CNN.

Simon Ateba, the chief White House correspondent for Today News Africa, took issue with Jen Psaki’s tendency to call on a specific slate of reporters during her tenure as the Biden Administration’s press secretary.

The female correspondent who was interrupted begged him, “Simon, please stop!”

“I will stop, but for 15 months, you have not called on me, and I’m saying that for every TV show [inaudible] in the room,” he said.

Finally, Psaki responded. “Simon, if you could respect your colleagues and other media reporters in here, that would be greatly appreciated,” she said.

“If you can spread the questions to across the room, then all of us in the back…” Ateba began again before crosstalk silenced the rest of his words.

Over the 15 months that Psaki has served in the role, several other journalists have voiced their complaints about how she chooses who to call on. Psaki repeatedly promised to rectify that situation, but not to the satisfaction of those not part of the White House Correspondent’s Association, who still feel she is giving preferential treatment.

Reporter: You promised the back of the room Jen
Psaki: I will get to you tomorrow. I’m sorry I have to wrap up
Reporter: There’s going to be another kerfuffle Jen! pic.twitter.com/gKcCAZs2sa

After Psaki calls on one reporter, another interrupts to ask “Jen, could you spread out the questions a little bit? Can you yield to your colleagues please?” pic.twitter.com/uIlgnYzIJs

Jen Psaki says April Ryan will be her last question.

Then, a reporter says she didn't call on anyone in the back of the room.

Ateba has vocally criticized the US government’s delay in classifying Boko Haram as a terrorist organization, particularly since the 2014 kidnapping of 276 Christian female students in Nigeria.

In December 2021, Ateba accused Psaki of “saying something that is false” in a similar outburst following her claim that travel restrictions placed on nations from African nations were not established by “a decision made out of the White House” but by “public health and medical experts.”

“It’s not effective to scream over your colleagues in here,” Psaki chided the correspondent.

Timcast has reached out to Ateba for his perspective on the incident and will update the story with any forthcoming comments. 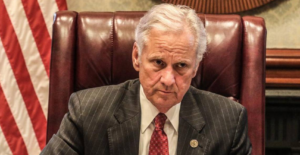