House Democrats tried to block the bill in April by attaching 1,000 amendments

South Carolina Governor Henry McMaster will have the chance to sign a bill barring biological men from competing in women’s sports.

Known as the Save Women’s Sports Act, the measure would require sports teams at public schools to observe gender-based or coeducational designations.

A student athlete’s sex is to be determined based on the sex listed on his or her birth certificate.

The bill’s stated objective is “to maintain opportunities for female athletes to demonstrate their strength, skills, and athletic abilities, and to provide them with opportunities to obtain recognition and accolades, college scholarships, and numerous other long-term benefits that result from participating and competing in athletic endeavors.”

Democrats in the house added more than 1,000 amendments in an effort to stall and block the bill. The amendments, which filled four boxes, delayed the chamber’s vote by a few hours. The chamber also had to be evacuated for a tornado warning, causing the debate to exceed eight hours.

Ultimately, the House voted 82-28 on April 5 to pass the legislation.

Similar rules are already in place in Florida, Mississippi, South Dakota, and Utah, where the governor’s veto was overridden by the state legislature to become law.

A Save Women’s Sports bill was vetoed by Indiana Governor Eric Holcomb on March 23, per The Daily Caller.

In March, the Senate Education Committee had advanced a version of the policy that barred biological men from competing on women’s teams at all public schools, public colleges, and private schools competing in middle and high school sports. An earlier version of the bill applied the gender-based ban just to teams at public high schools and middle schools.

HB 4608 only applies its gender standard to public schools and private institutions that compete against public schools. It also no longer includes specifications about what students or schools could be awarded in civil court.

McMaster’s signature will determine the gender ban’s fate. The state’s legislative season ends on May 13 at 5 P.M. 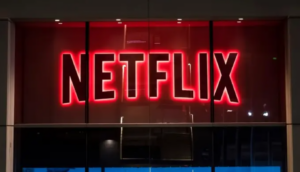