'The teachers unions overplayed their hand and they've awakened ... parents who want more of a say in their kids' education' said American Federation for Children's national director of research

Public school enrollment is rapidly declining across the country as more families opt for homeschooling and other educational opportunities.

Over one in five elementary schools in New York City had fewer than 300 students during the last school year. In Los Angeles, the number was more than one in four. In Boston, that figure is one in two, according to the Associated Press (AP).

The pandemic response resulted in school closures that forced much of the country into remote learning, which gave parents a fresh look into the classroom instruction their kids were receiving.

In the wake of extended closures and controversial lessons on race, gender, and sex education, parents are pulling their children from the public school system in greater numbers.

“Play stupid games, win stupid prizes,” Corey DeAngelis, national director of research at the American Federation for Children, told Timcast in an interview. “The teachers unions overplayed their hand and they’ve awakened the sleeping giant, which happens to be parents who want more of a say in their kids’ education.”

“You had the [American Federation of Teachers] and the [National Education Association] — the big two teachers unions — lobbying the CDC to keep the dang schools closed for as long as possible,” he said. “So again, now they’re actively destroying their own empire and it’s actually kind of glorious. It’s their own fault that they kept the schools closed for so long, especially because there was a side benefit and families seeing what the heck was going on in the classroom.”

DeAngelis, who is also the executive director at Educational Freedom Institute and an adjunct scholar at the Cato Institute, has been at the forefront of the school choice movement, which has resulted in increased awareness and legislative changes throughout the United States.

There has been a mass exodus from the government school system because parents “started to see curriculums that weren’t aligned with their values,” so families voted with their feet, he said.

Arizona recently became the first state to enact universal school choice. Parents within the state will now be able to use a $6,500 voucher for a number of different educational options, including private schools, micro-schools, tutoring, or homeschooling.

State per-pupil educational dollars being tied to each student, rather than an institution, is an idea gaining steam in public discourse about education policy. 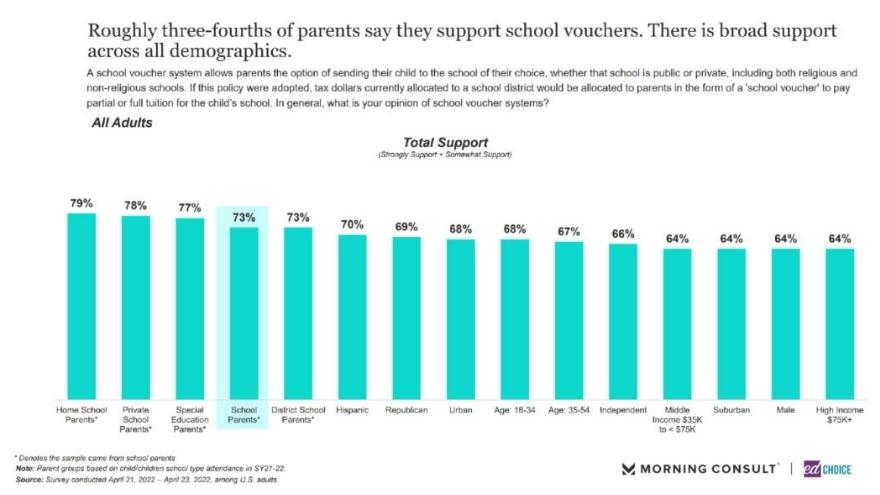 Overall public support for school vouchers is three times as likely to be strongly supportive of vouchers versus opposed. And 73 percent of school parents support public charter schools. 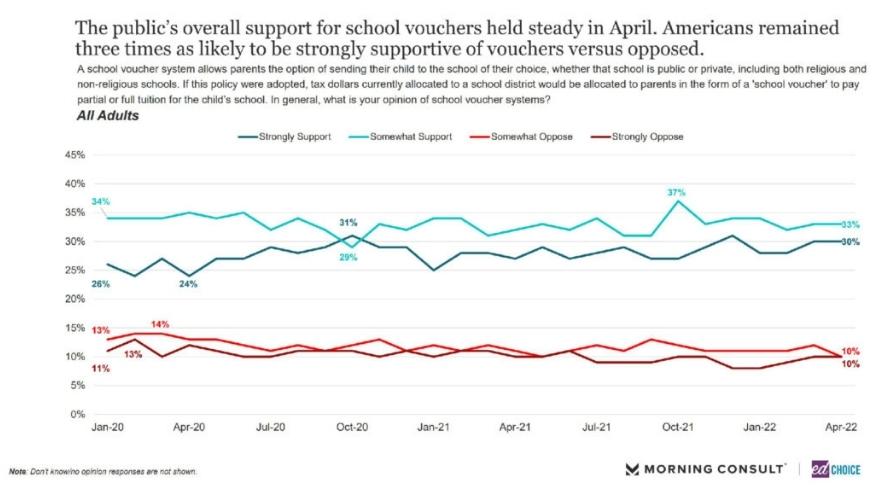 “Homeschooling has at least doubled according to the U.S. Census Bureau,” DeAngelis said. “So, there’s been a seismic shift in families voting with their feet to alternative providers, but it shouldn’t just be limited to the parents who have the means to do so by being able to pay out of pocket for private school, tuition and fees.”

“We should fund the student directly, allow for school choice. We spend about 15 or so thousand dollars per student in the government run schools today. Average private school tuition is far less than that’s only about $11,000 or $12,000 per student per year nationwide. Why not fund the student directly, allow the families to have alternatives and let more families participate in this mass exodus?”

Opponents to school choice initiatives assert that voucher systems and allowing state money to follow students will drain money from public education, hurting those institutions, along with the teachers and students who remain.

There is often fear that smaller or less-funded schools will struggle to keep up because of fixed costs, like a principal’s salary or building maintenance.

“I love small schools, but small schools are very expensive,” Chicago schools chief Pedro Martinez recently said. “We can get some really creative, innovative models, but we need the funding.”

However, with classroom sizes shrinking as children leave public schools for other options, DeAngelis claims the remaining funds used within the public education should not be a significant issue:

“The public schools actually end up with more funding per student because they get to keep thousands of dollars for students they are no longer educating.

So instead of having about $14,000 per kid, they might even have $15,000 per kid if enough students leave the system. So they have plenty of funding left over to cover fixed costs, which some economists have estimated to be about a third of total cost. So if they’re keeping about half the funding, all the local federal funding, then they should have more than enough money to cover any short term fixed cost.

And at the end of the day, public schools aren’t destroyed by competition, they actually get better. School choice is a rising tide that lifts all boats. And 25 to 27 studies that exist on the topic today find that private school choice competition leads to better outcomes for the students in the public schools.”

Across the U.S., many public schools are staying afloat because of COVID relief funds. But, as more families pursue non-public educational options, those systems may be forced to find ways to adapt. 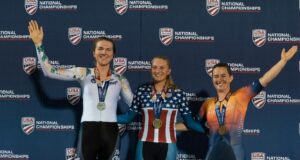