Parents can now use an annual $6,500 voucher to pay for private school or homeschooling

Every student in Arizona is now eligible for the state’s expanded school choice program.

Governor Doug Ducey signed a bill expanding the state’s Empowerment Scholarship Accounts program to all students in the state. Over 1 million students from kindergarten to 12th grade are eligible to receive tuition vouchers to attend alternatives to public schools in the state.

Ducey, who signed House Bill 2835 on July 7, said families could use the roughly $6,500 per student per year for a variety of education options including private schools, micro-schools, tutoring, or homeschooling.

“This is a monumental moment for all of Arizona’s students. Our kids will no longer be locked in under-performing schools. Today, we’re unlocking a whole new world of opportunity for them and their parents,” Ducey said in a statement. “With this legislation, Arizona cements itself as the top state for school choice and as the first state in the nation to offer all families the option to choose the school setting that works best for them. Every family in Arizona should have access to a high-quality education with dedicated teachers. This is truly a win for all K-12 students.”

A referendum on the expansion of the progam was included on the 2018 ballot and was rejected by Arizona voters.

“The new law is already facing harsh opposition from teachers unions and public school advocates, who say the law is an attempt to defund public schools,” reports The Washington Examiner. “The political action committee Save our Schools has vowed to collect over 100,000 signatures to force a 2024 ballot initiative to invalidate the program.

The policy was passed by the Arizona legislature on June 25.

House Majority Leader Ben Toma, who sponsored the bill, said the government should trust parents to do what is right for their children.

“Parents are the ultimate accountability, not government. They know what’s best for their children,” Toma told The Daily Signal.

The governor advocated for increased school choice during his State of the State address in January.

“Arizona has set the standard for school choice and innovative education solutions – and it’s because of the vision of Arizona leaders that paved the way,” Ducey said. “This session, let’s expand school choice any way we can.”

“Many of our poor kids and children of color are trapped in a failing school. It’s time to set these families free,” the governor added. “Let’s think big and find more ways to get kids into the school of their parents’ choice. Send me the bills, and I’ll sign them.”

The Empowerment Scholarship accounts were first created by former Governor Jan Brewer in 2011. Prior to the program’s expansion, an estimated 12,000 students were eligible for the school choice program. Those eligible included students with disabilities, students living within a Native American Reservation, children attending a lower-performing school, or children of active-duty military personnel. 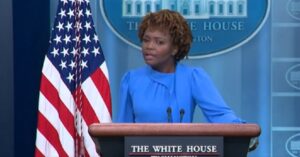