USA Cycling has revoked a silver medal from a transgender athlete who competed in their 2022 Junior & Elite Track National Championships.

Leia Genis, 25, was informed on Thursday that their second place medal for the women’s elite individual pursuit was being revoked and they were being removed from the rest of the events.

In a press release about the winners, Genis was removed and third-place winner Skyler Espinoza was listed as the runner up.

“On Wednesday I entered the Individual Pursuit, the event which I had, by far, been training for the hardest this last year. Im happy to say that I did well. Well enough to earn a silver medal after losing to the incredibly fast times of @bethanymatsick My many many congrats to her on doing so well,” Genis began. “The next day, as I was preparing for the mass start races, a USA Cycling official informed me that I was no longer allowed to compete and that my place on the IP podium was to be revoked on account of my trans identity.”

The transgender cyclist continued, “6 weeks ago I was eligible for competition at UCI C1 and C2 races held at the same velodrome and overseen by the same technical director. Yet 6 weeks later, now that I am doing well at nationals, I am suddenly ineligible to compete.”

“The transphobia is so blatant it’s almost laughable,” Genis continued.

Genis added, “Being a trans woman in this sport is so incredibly frustrating. Poorly communicated guidelines, restrictions and requirements that are constantly changing, lack of empathy from USA Cycling, and a peloton full of furtive whispers and sideways glances mean that even showing up to compete is an immense struggle.”

The athlete concluded by declaring that “trans women are women” and that “sport is a human right.”

“I am obviously heartbroken. I have worked my ass off to be here and I rightfully earned my silver medal. I will continue to train and race but this experience has left me disgusted and abhorred @usacycling,” the post continued. “Trans women are women. Sport is a human right. I deserve the right to race.”

Espinoza, who was moved to second place after Genis’ disqualification, posted a message of support for transgender athletes on Instagram. She wrote, “trans women are women, and their rights are human rights.”

“I also believe that most often barring women from opportunities comes from a place of transphobia, fear or ignorance, badly masked by the excuse of making sport ‘fair,'” Espinoza continued.

The Independent Council on Women’s Sports (ICONS), which opposes allowing transgender athletes to compete against women and girls, said that USA Cycling made the right decision, but criticized the timing.

“Although USA Cycling and UCI made the correct decision to revoke the silver medal from the male cyclist in the women’s race due to rule violations, the integrity of the event had already been extinguished,” ICONS said in a statement obtained by the Washington Times. “The disruptive course of events over the past week have distracted all riders at this elite national competition.” 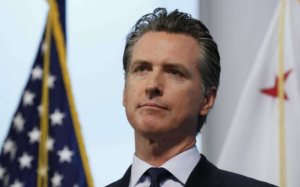 California and Illinois Declare States of Emergency Due to Monkeypox