Pro-abortion protesters marched into the neighborhood of Justice Samuel Alito on Monday evening in protest of the leaked opinion he authored to overturn Roe v. Wade.

The protest was organized by DC-based Antifa group Shut Down DC, who collected names and information on everyone attending through an RSVP list.

Justice Alito thinks he can take away our rights. But our rights are fundamentally ours. We’re showing up to tell him in person. #BansOffOurBodies #AbortionIsHealthCare #AbortionIsEssential pic.twitter.com/zY69Ehmqq1

Approximately 100 people were involved in the protest, which took place in a quiet upscale Virginia neighborhood.

The activists repeated “pro-life is a lie, you don’t care if people die,” “Alito is a coward,” “abort the court,” and “if we don’t get it [justice] shut it down” — among other, more crass, chants.

The group claimed on Twitter that they received “lots of thumbs up” from Justice Alito’s neighbors and that some even joined the protest.

A bunch of Alito’s neighbors (maybe around 12) joined us as well. #BansOffOurBodies #KickRocksAlito https://t.co/TkyxB9r2H9

Here for the protest in front of Supreme Court Justice Alito’s house.

When abortion rights are under attack, what do we do? Stand up, fight back! #BansOffOurBodies pic.twitter.com/2pRy3nJlg2

In which the crowd tells Alito to fuck off. #KickRocksAlito #BansOffOurBodies pic.twitter.com/dMVhSSRHs4

The lights were on outside Justice Alito’s home, though there have been unconfirmed rumors that he and his family have been moved to an “undisclosed location” for their safety. While it is possible that they have been moved, it appears to have been a Twitter rumor that spread out of control and made it into the media.

The protest appeared to wrap up peacefully with no reported arrests.

Two attorneys who specialize in the First Amendment told Timcast that they believe the protests are in violation of 18 U.S.C. § 1507, which prohibits “pickets or parades in or near a building housing a court of the United States, or in or near a building or residence occupied or used by such judge, juror, witness, or court officer” are prohibited when done with the intent “of interfering with, obstructing, or impeding the administration of justice.”

“If there’s a loophole, it’s the big one – the First Amendment. But not likely. Time, place and manner restrictions on speech are constitutional when they’re reasonable. What’s unreasonable about these?” First Amendment expert and attorney Ron Coleman asked.

The max penalty for the protest at the homes of the justices appears to be one year in jail, a misdemeanor.

Despite the residential protests being a seemingly clear-cut violation of federal laws, the White House refused to condemn the activists or urge them to choose another location when pressed about it last week.

“These activists posted a map with the home addresses of the Supreme Court justices. Is that the kind of thing this president wants to help your side make their point?” Fox News reporter Peter Doocy asked during a White House press briefing on May 5.

The White House has since walked that back, at least a little bit.

“[President Joe Biden] strongly believes in the Constitutional right to protest,” press secretary Jen Psaki tweeted on Monday. “But that should never include violence, threats, or vandalism. Judges perform an incredibly important function in our society, and they must be able to do their jobs without concern for their personal safety.”

Thomas, Gorsuch, Kavanaugh and Barrett voted with Alito — per the report. 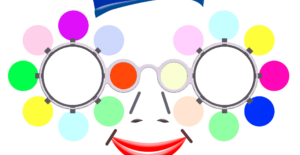