Alaskan voters will narrow down the crowd of 48 candidates during the special election to replace the late Alsaka Representative Don Young.

The results of the election will not be known for weeks, however, as the majority of voting is being done through mail-in ballots.

Technically, the primary date is June 11 – the postmark deadline for the single-page ballots. The winner will fill Young’s final four months in office. The winner of the November general election will take over in January 2023.

Because of a change in election procedure adopted in 2020, primaries in the state were merged and voters will select four candidates to be on the general election ballot. The primary winners are the top four performing candidates — regardless of political party.

During a subsequent general election, voters will be asked to rank the winners of the “top-four” primaries in order of preference.

“Ballot Measure 2 supporters spent nearly $7 million and campaigned for a year and a half ahead of the election. Opponents raised less than 10% of that total and started formal opposition in fall 2020,” Anchorage Daily News reported in 2020.

“The volume of candidates means that one could theoretically squeak into the finals with just a sliver of the vote, and so the race has become a poll rush, a modern-day chance at a big strike, the kind of haphazard opportunity that defines Alaskan mythology,” the outlet wrote.

Among the 48 people vying for the open seat are two libertarians, six Democrats, 16 Republicans, and 24 independent candidates.

Among the Republican candidates is Governor Sarah Palin, who was endorsed by President Donald Trump in April.

“Sarah has been a champion for Alaska values, Alaska energy, Alaska jobs, and the great people of Alaska,” Trump wrote. “She was one of the most popular Governors because she stood up to the corruption in both State Government and the Fake News Media.”

Palin recently lost a defamation lawsuit filed against The New York Times, which ran an opinion piece she believes damaged her political career.

Businessman Nick Begich III entered the race prior to Young’s death. He is the grandson of Democrat Nick Begich, the U.S. Representative who went missing in Alaska in 1972. Young was first elected to Congress through the special election triggered by the elder Begich’s disappearance.

Al Goss, a physician and fisherman, is considered a likely top-four finisher. Although he campaigned for the U.S. Senate in 2020 as a Democratic nominee, he is currently seeking election as an independent.

It remains unclear who will claim the fourth spot on the ballot.

Assistant Secretary of the Interior Tara Sweeney, a Republican, has been one of the most successful fundraisers in the race and would be the first Alaska Native elected to Congress.

Polls have also indicated voters could back Santa Claus, an “independent, progressive, democratic socialist” who is currently the mayor of North Pole.

A former Deputy Police Commissioner of New York City and Chief Safety and Security Officer of the U.S. Virgin Islands Port Authority, Clause says on his website that he shares many of the same positions as Senator Bernie Sanders.

Claus was born Thomas Patrick O’Connor and changed his name in 2005.

Young was the longest-serving Republican in the history of the House. He died while flying home to Alaska from Washington D.C. on March 18. At the time, Young was seeking his 25th reelection to Congress.

Early voting began at the end of May. As of late April, more than 560,000 ballots had been sent to registered voters from the state’s Divison of Election.

“Republican-leaning areas in Anchorage and the Kenai Peninsula have the highest ballot return rates, while traditionally Democratic locations in Southeast Alaska and Anchorage are average or slightly below,” notes Anchorage Daily News.

The general election day for this race will be held on Aug. 16. 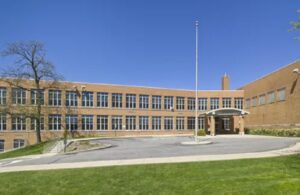