Sarah Palin’s libel lawsuit against The New York Times has been dismissed by a Manhattan jury.

After two days of deliberation, the jury told Judge Jed Rakoff that they found the newspaper did not defame the former governor of Alaska in 2017.

The case centers around an opinion piece titled “America’s Lethal Politics” that incorrectly claimed a map created and distributed by Palin’s Political Action Committee incited a mass shooting in 2011. While the outlet issued a correction two days later, Palin said the incident permanently damaged her reputation.

Rakoff announced on Feb. 14 that, regardless of the jury’s decision, he would dismiss the case. The judge said Palin had failed to prove the Times had acted with “actual malice” when it published the editorial.

The high standard was established by the Supreme Court in the 1960s to protect the press’s ability to critique the government and foster political debate.

Rakoff said he would still wait for the jury’s decision as he expected the case to be challenged on appeal.

The Times published a statement from its spokeswoman, Danielle Rhoades Ha, who said Rakoff’s decision was “a reaffirmation of a fundamental tenet of American law.”

“Public figures should not be permitted to use libel suits to punish or intimidate news organizations that make, acknowledge and swiftly correct unintentional errors,” Ha said.

The “actual malice” standard, established by the Supreme Court in New York Times v Sullivan, has been tested in several recent lawsuits filed against the paper.

In March, the Supreme Court of New York in Westchester County ruled Project Veritas should be allowed to “conduct discovery” after the organization proved “a substantial basis in law and fact that the [The New York Times] acted with actual malice, that is, with knowledge that the statements in the Articles were false or made with reckless disregard of whether they were false or not.”

The newspaper had filed a motion to dismiss a lawsuit filed by the journalism nonprofit following the publication of an article that classified the organization’s investigation into Minnesota ballot-harvesting as “deceptive.”

Ken Turkel, one of the attornies representing Palin, said in a statement that his team was evaluating how to proceed.

“We will evaluate our positions,” he said.

The one-time Vice Presidential candidate previously signaled her intention to take her case to the Supreme Court in the event that she lost. 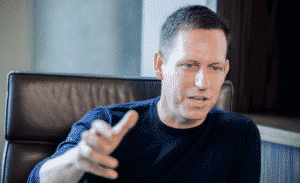