Venture capitalist and entrepreneur Peter Theil has thrown his support behind a new dating app marketed for conservative singles.

Theil invested $1.5 million into The Right Stuff during its seed round.

The app will launch during the summer of 2022 in Washington D.C. It will be available initially by invitation only and operate on iOS mobile operating systems. It will also be free before eventually transitioning to a subscription service.

The Right Stuff’s interface will resemble other popular dating apps and target conservatives who live in large, liberal-leaning cities.

Dating apps are most popular among Millennials and Gen Xers. Statistica found that in 2020 30% of people ages 30-44 and 28% of people ages 18-29 reported they used or had tried an app or dating website. They are far from ubiquitous, with 60% and 64% of the same age brackets reporting they had never been on a dating app or service.

Political affiliation can affect a user’s match on a dating app. A study from the Pew Research Center found Democrats were much more opposed to dating Trump supporters than the reverse. The Center also found in 2020 that 47% of unmarried Americans found dating harder than 10 years earlier. In particular, this sentiment was shared by women.

After the Jan. 6 security breach at the capital, Bumble removed its political affiliation filter following reports that women actively sought out men who had been involved in the incident in order to report them to the FBI, per Mashable. The app eventually reinstated the feature.

The Right Stuff, which is described as not inherently political, will join a developing ecosystem of alternatives to mainstream social media and tech platforms populated by users in the wake of the censorship and expulsion of right-leaning political expression.

Theil, the co-founder of PayPal, also invested in Rumble, the YouTube alternative that is popular among conservatives. He also left the board of Facebook’s parent company Meta earlier this month.

“It has been a privilege to work with one of the great entrepreneurs of our time,” said Theil, who became involved with the company shortly after its founding. “Mark Zuckerberg’s intelligence, energy and conscientiousness are tremendous. His talents will serve Meta well as he leads the company into a new era.”

The New York Times claimed in its coverage of Theil’s departure that the billionaire wanted to focus on influencing the November midterm elections. 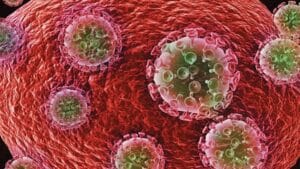