President Joe Biden drew laughter from county leaders as he told a story about the time he left a dead dog on a woman’s doorstep.

Biden was speaking at the National Association of Counties conference on Tuesday when he told the politicians about his spiteful act while he was a New Castle County councilman.

“My name’s Joe Biden and I used to be a county councilman. And I ran for the Senate because it was too darn hard to be on the council,” Biden said.

One reason for the hard times as councilman, Biden explained, was a Republican woman in a wealthy neighborhood who had called him about a dead dog in her yard.

“I got a call one night. A woman said to me — obviously not of the same persuasion as I was politically — called me and said, ‘There’s a dead dog on my lawn,'” Biden told the audience.

The president went on to say that he told the woman to call “the county,” but she asserted that she had and they did not show up. Biden said that he told her to try calling them again in the morning — but claimed that she demanded that he handle it, saying “I want it removed now, I pay your salary.”

Biden claimed that he has, “gotten much better since then.”

The president also said during the speech that he is no longer allowed to have a phone.

“So, I know from personal experience how hard the job you have is,” he said. “People — people having to phone or — you know, or not afraid to use that phone. I used to give out my phone number; can’t do that anymore. They don’t even allow me to have a phone anymore.” 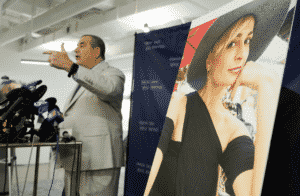