Ohio and New Jersey Are the Latest States to Ban TikTok

'This decisive action will ensure the cybersecurity of the State is unified against actors who may seek to divide us,' said New Jersey Governor

At least 18 states have banned the social media app, citing national security concerns because of its ties to the Chinese government.

Banning the popular video platform was among Ohio Governor Mike DeWine’s first actions at the beginning of his new term. The Republican issued an executive order directing “all State agencies, boards, and commissions” to prohibit using or downloading “any social media application, channel, and platform that is owned by an entity located in China” on “any state owned or state-leased device capable of accessing the internet.”

“The State of Ohio will not permit its state-owned or state-leased devices to act as a source to provide information to the CCP,” wrote the governor.

In the order, DeWine noted that under China’s National Intelligence Law – which was enacted in 2017 – “businesses located in China are required to assist the Chinese government in intelligence work, including data sharing with the Chinese Communist Party.” Social media platforms operating within the county surreptitiously collect user data, including “collecting personal information, behavioral use data, biometric data, and other data contained on the devices of its users” which is then shared with the CCP.

The clandestine collection of user data, which TikTok has said it takes steps to avoid, is regarded by many state governments and Federal Bureau of Investigation Director Christopher Wray as a threat to America’s national security.

New Jersey Governor Phil Murphy became the second Democrat to ban the popular app from state-owned devices. On Jan. 9, he issued a cyber security directive barring the use of any high-risk software and services on state “provided or managed” devices. The directive specifically named TikTok as an example of a now prohibited service.

“Bolstering cybersecurity is critical to protecting the overall safety and welfare of our State,” said Murphy. “The proactive and preventative measures that we are implementing today will ensure the confidentiality, integrity, and safety of information assets managed by New Jersey State government. This decisive action will ensure the cybersecurity of the State is unified against actors who may seek to divide us.”

Murphy’s office said that, given the serious national security and data harvesting concerns, “the US Department of Defense, various federal agencies, state governments, corporations, and governments around the world have banned TikTok from being installed on their devices.”

Louisiana Secretary of State Kyle Ardoin and Superintendent of Education Cade Brumley both banned accessing or downloading the app on any devices within their departments.

“The safety of Louisiana’s students is the top responsibility of educators. Over the last few years, cybersecurity has emerged as a new battlefield requiring attention,” Brumley said in a statement, per BRProud. “While this is a popular application, TikTok’s lack of data privacy measures are extremely concerning.”

“We have a responsibility to protect our constituents’ data, which TikTok places at risk with its data mining and connections to the Chinese Communist Party,” said Ardoin on Jan. 5. “This app represents a clear threat to our privacy and national security.”

TikTok has repeatedly expressed its opposition to the wave of state-enacted bans, which the company says will stop “many state agencies, offices, universities, student groups, and sports teams in those states [to] no longer be able to use TikTok to build communities and share information.”

“We’re disappointed that so many states are jumping on the political bandwagon to enact policies that will do nothing to advance cybersecurity in their states and are based on unfounded falsehoods about TikTok,” the company said in a statement to WAFB.

“We are continuing to work with the federal government to finalize a solution that will meaningfully address any security concerns that have been raised at the federal and state level,” added TikTok. “These plans have been developed under the oversight of our country’s top national security agencies—plans that we are well underway in implementing—to further secure our platform in the United States, and we will continue to brief lawmakers on them.” 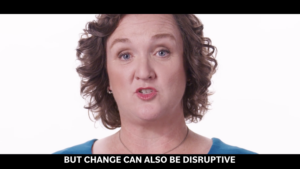