Majority of Americans Agree There Are Only Two Genders

A new poll found 3 out of 4 Americans agree there are only two genders.

The Rasmussen survey asked participants if they agreed or disagreed with the statement “There are only two genders.”

Approximately 75% said they agree with the statement. Moreover, 63% said they strongly agree.

The survey also asked how the respondents regarded J.K. Rowling’s comments on gender.

In 2019, the creator of the Harry Potter series tweeted in support of a woman who had been terminated from her job for saying people can not change their gender.

“Live your best life in peace and security,” Rowling tweeted. “But force women out of their jobs for stating that sex is real?”

Dress however you please.
Call yourself whatever you like.
Sleep with any consenting adult who’ll have you.
Live your best life in peace and security.
But force women out of their jobs for stating that sex is real? #IStandWithMaya #ThisIsNotADrill

In the heated backlash, she was labeled a TERF — a trans-exclusionary radical feminist — and publicly denounced.

Poll results indicate that more men (68%) than women (56%) believe there are only two genders.

The poll also asked if schools should be able to counsel students about their gender identities without parental consent or knowledge.

Poll participants were against this, with 68% responding no. About 19% said schools should offer gender identity counseling regardless of parents’ knowledge or consent.

“Majorities of all political categories — 80% of Republicans, 54% of Democrats and 72% of those unaffiliated with either major party — are opposed to schools counseling children on gender identity without informing parents,” Rasmussen said in its analysis. “While majorities in every political category agree that there are only two genders, Democrats (47%) are less likely than Republicans (82%) or the unaffiliated (60%) to say they ‘strongly agree.’”

According to Newsmax, “majorities of all races — 68% of whites, 70% of Black adults, and 65% of other minorities — were against schools counseling children on gender identity without parental consent.”

Finally, most Americans oppose the State Department’s new policy which allows people to change their passports to reflect the gender they believe they are. 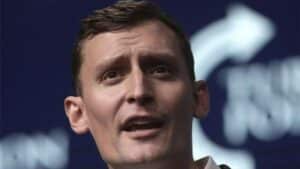