The Department did not say to who the passport was issued

The State Department has printed passports with an ‘X’ as the gender designation following the Biden Administration’s “gender inclusivity” strategy.

The “National Gender Strategy” was published by the White House on Oct. 22. It calls “gender equity” a  “moral and strategic imperative” and called for an “intersectional strategy” to combat the challenges exacerbated by the COVID-19 pandemic.

The Washington Examiner says the four-page document “contains every buzzword and policy that you would expect to hear from a progressive activist with a degree in gender studies.”

“This moment demands that we build back better,” the document says. “ It requires that we acknowledge and address longstanding gender discrimination and the systemic barriers to full participation that have held back women and girls.  And it requires that we bring the talent and potential of all people to bear to face the challenges of our time.”

The identity of the gender-neutral passport was not made public.

The U.S. special diplomatic envoy for LGBTQ rights, Jessica Stern, said the passport is a move toward bringing the government documents in line with the “lived reality” that affirms that there is a spectrum of human sex characteristics that are not covered by the labels ‘male’ and ‘female.’

“When a person obtains identity documents that reflect their true identity, they live with greater dignity and respect,” Stern said to AP News.

According to Fox News, the gender-neutral passport plan “first announced by Secretary of State Antony Blinken in June and said it means Americans will no longer require a medical certificate to opt-out of choosing a specific gender.”

Press secretary Ned Price said in a statement, “The Department of State continues the process of updating its policies regarding gender markers on U.S. passports and Consular Reports of Birth Abroad (CRBAs) to better serve all U.S. citizens, regardless of their gender identity.”

“I want to reiterate, on the occasion of this passport issuance, the Department of State’s commitment to promoting the freedom, dignity, and equality of all people – including LGBTQI+ persons,” Price added.

The ‘X’ gender designation is not yet available on all passport applications. Price said the department hopes to make it widely available during 2022. 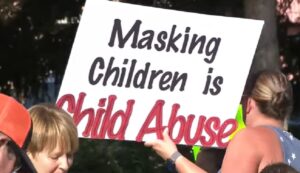