Missouri and Ohio have withdrawn from the National School Boards Association over the organization’s letter to the White House calling concerned conservative parents “domestic terrorists.”

“We also believe that no school board or member or educator should ever have to endure threats of violence or acts of intimidation against themselves or their families for making these difficult decisions,” Missouri School Boards Association Executive Director Melissa Randol said in a statement obtained by The Federalist. “However, attempting to address that issue with federal intervention should not be the first step in most cases, and is antithetical to our longstanding tradition of local control. Further, the use of inflammatory terms in the NSBA letter is not a model for promoting greater civility and respect for the democratic process.”

Likewise, the Ohio School Boards Association has announced their break up with the parent organization.

“We were not informed of or asked for any input into the creation of the letter sent to the president,” OSBA Chief Executive Officer Rick Lewis said in a statement obtained by the Columbus Dispatch.

“We believe the letter from NSBA leadership demonstrated how out of touch the national association is with the concerns of local school boards and the principle of local control,” Lewis continued. “Because of that, OSBA no longer sees the value of continued NSBA membership.”

In September, the national organization sent a six-page letter to the Biden administration about “the growing number of threats of violence and acts of intimidation occurring” at school board meetings — particularly over mask policies, vaccination requirements and Critical Race Theory.

The letter asked the White House “for federal law enforcement and other assistance,” because “some jurisdictions need assistance” and that certain situations could be classified as “domestic terrorism.”

According to the Columbus Dispatch report, Ohio Attorney General Dave Yost and 11 other attorneys general wrote a letter to Biden that said letting the FBI monitor school board meetings would make parents fearful and potentially infringe on their First Amendment rights.

“The NSBA seems more concerned about suppressing speech with which it disagrees than real threats of violence,” according to the letter.

The NSBA has since apologized for the content of the letter, writing “there was no justification for some of the language included in the letter.” 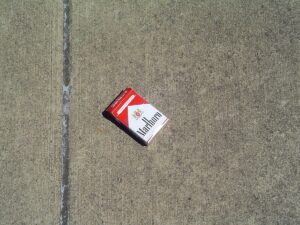