The sale of cigarettes rose last year for the first time in two decades, a trend some experts blame on the COVID pandemic and extended shutdown orders.

“Americans purchased more cigarettes last year, the first uptick in two decades, according to a new report released by the Federal Trade Commission. The number of cigarettes purchased by wholesalers and retailers rose slightly, 0.4%, to 203.7 billion from 202.9 billion in 2019,” reports the Wall Street Journal.

The sale of liquor also spiked in 2020, with some suppliers reporting a 25% increase in purchases of beer, wine, and spirits.

Last April, the White House announced its plan to ban the sale of Menthol flavored cigarettes in the United States after an FDA report claimed those products were harder to quit than traditional cigarettes.

Read the full report at the Wall Street Journal. 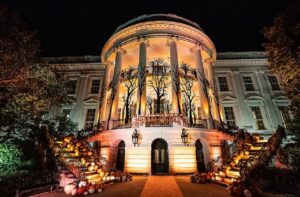 Biden White House Breaks From Tradition, Will Not Be Handing Out Candy to Trick-or-Treaters For Halloween