On Friday, Kanye West compared the term “antisemitism” to a racial slur in a now-deleted Twitter post.

Late Friday morning, West shared a screenshot of the deleted tweet and reiterated Campbell’s statement though the post was also removed by the platform shortly after.

West’s post follows a series of controversial statements made by the rapper which critics have referred to as antisemitic. In early October, West said he would go “death con 3 On JEWISH PEOPLE” regarding his Instagram ban after suggesting rapper Sean Combs, known as Diddy, was being controlled by Jewish people on the platform.

“The funny thing is I actually can’t be Anti Semitic because black people are actually Jew also,” West continued in his tweet. “You guys have toyed with me and tried to black ball anyone whoever opposes your agenda.”

Look at this Mark

You used to be my nigga pic.twitter.com/YQzjw01jur

Following the initial controversy, West was dropped by multiple associates including French Fashion House Balenciaga, owned by parent company Kering, who hosted the rapper at the company’s Paris Fashion Week amid his “white lives matter” controversy.

“Balenciaga has no longer any relationship nor any plans for future projects related to this artist,” Kering said in a statement to Women’s Wear Daily.

Fellow West associate Adidas also announced an end to their relationship with the rapper shortly after.

“Adidas does not tolerate antisemitism and any other sort of hate speech,” announced Adidas in a statement obtained by Vanity Fair. “Ye’s recent comments and actions have been unacceptable, hateful, and dangerous, and they violate the company’s values of diversity and inclusion, mutual respect and fairness.”

Forbes removed west from their billionaire’s list following Adidas’ ending their partnership with the rapper.

Scholastic Play By Play Classics, an organization that hosts basketball tournaments for high school teams, announced West’s school Donda Academy’s basketball team would not be allowed to compete in future events. Shortly after, West decided to close Donda Academy’s doors for the remainder of the academic year, according to an email from principal Jason Angell.

“At the discretion of our founder, Donda Academy will close for the remainder of the 2022-2023 school year effective immediately,” Angell announced. “Our leadership team will be working diligently to assist all families during this transition, ensuring that every scholar has what they need to succeed in their next community in a prompt and gracious manner.” 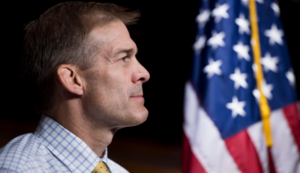