The House Judiciary Committee is releasing a report totaling more than 1,000 pages which chronicles a pattern of systemic corruption regarding a politicized bureaucracy within the FBI and U.S. Department of Justice (DOJ).

A copy of the report was leaked to Axios, which says the document will “serve as the basis for one of House Republicans’ top oversight investigations if they take back control of the majority in next week’s midterm.”

The report draws heavily on testimony from whistleblowers within the FBI and DOJ and paints a picture of a federal justice system whistleblowers describe as “rotted at its core” and full of “rampant corruption, manipulation, and abuse.”

Among the charges outlined in the report include allegations that the FBI is:

“Lots of whistleblowers are coming out of the woodwork to complain about the FBI. [Ohio Representative Jim] Jordan is pursuing these vectors into the FBI,” a House GOP Judiciary staffer told Axios. “This is just the information that Jordan accumulated while in the minority. Just wait until he has the full power [of the chairmanship] to gather real information.”

Additional topics covered in the report include the FBI’s Aug. 5 raid on the home of former President Donald Trump; the FBI not investigating pipe bombs placed near political headquarters in Washington D.C. on Jan 6, 2021; the FBI purging conservative employees; the FBI working with Big Tech platforms to censor political speech online.

“FBI Director Christopher Wray and Attorney General Merrick Garland have injected politics into the FBI, so much so that it is now fundamentally broken,” the report concluded. “Instead of serving justice and protecting the American public, FBI leadership has weaponized the agency’s law-enforcement capabilities against half the American public. There is no place for politics within the FBI and now is the time to fix the nation’s preeminent law-enforcement entity.” 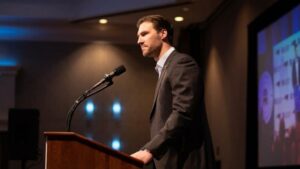